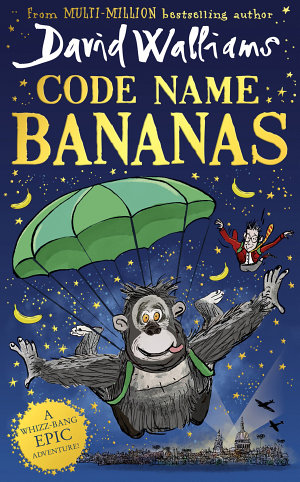 Go back in time with No. 1 bestselling author David Walliams for a whizz-bang epic adventure of action, laughter and secret plots – and the extraordinary friendship between a little boy and a huge gorilla that just might save the day... 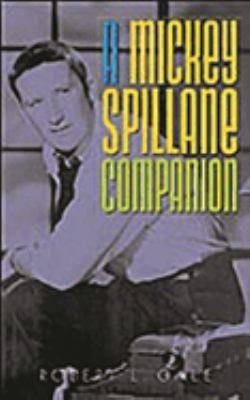 Hundreds of A-Z entries detail the plots and characters of one of America's greatest mystery writers. 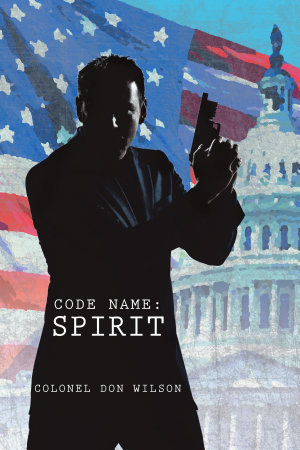 This book is a sequel to Code Name: William Tell, completing the fast-paced action adventure story of an amazing man working in the shadows of secret service to our country. It is written in the hope that our beloved nation will return and remain true to the vision of our Founding Fathers and live out our noble motto In God We Trust, thereby receiving the blessing of Almighty God. As an undercurrent in this story there is also a blueprint for the moral, spiritual and economic recovery of our ailing nation. One day, near the end of what he thought to be an unsuccessful term, a president in the solitude of the Oval Office found time to think of some way to make amends for his failures. He gave his imagination free rein. Soon an idea took form and began to grow into a solution to a serious problem: a solution that would become the closest held secret since the atomic bomb. From this secret would come a remarkable man, code named William Tell. For security reasons, his code name would later be changed to Spirit. 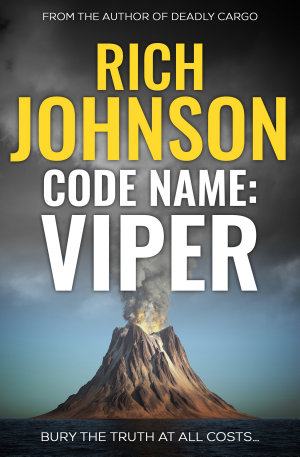 A twisting thriller that spans from a forbidden Mayan island to the opium fields of Afghanistan. Biologist Dr. David Knight is a lucky man. He has been granted special permission to survey Xulakan—the forbidden island of the Mayan people. At the volcanic island’s birth in the Gulf of Mexico, it rose from the sea looking like a smoking pyramid, almost as if it were a fiery, holy temple. Mayan high priests immediately declared Xulakan to be sacred ground, so it was never inhabited or visited by the ancient people. Legend and fear have kept it strictly off limits for centuries. When Dr. Knight arrives, he senses eyes watching him—human eyes—and he is about to discover a world of lethal secrets. Soon, he begins to realize he might not live to tell the tale . . . A novel of corruption and greed that detours through Afghanistan and the opium trade, and follows the adventures of a ruthless government intelligence agent known as the Viper, this is an edge-of-your-seat thriller from the author of Deadly Cargo, a former Special Forces soldier and wilderness survival expert. 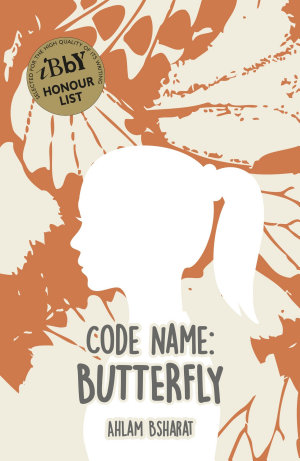 With irony and poignant teenage idealism, Butterfly draws us into her world of adult hypocrisy, sibling rivalries, girlfriends' power plays, unrequited love...not to mention the political tension of life under occupation. As she observes her fragile environment with all its conflicts, Butterfly is compelled to question everything around her. Is her father a collaborator for the occupiers? Will Nizar ever give her the sign she's waiting for? How will her friendship with the activist Mays and the airhead Haya survive the unpredictable storms ahead? And why is 'honour' such a dangerous word, anyway? Short list for the Etisalat Award for Arabic Children's Literature 2013 Short list for The Palestine Book Awards 2017 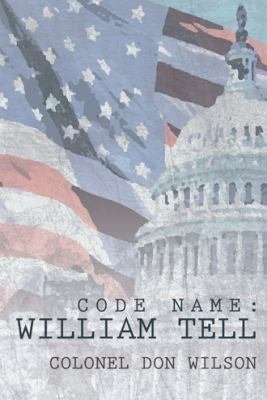 Code Name: William Tell is an adventure story that starts with an idea by the president of the United States, from which a hero emerges. A story of good's triumph over evil, as told by a famous historian who himself is a retired army lieutenant colonel. The story traces the life of our hero from boyhood to manhood and then to a leader of men fighting a secret cold war. Our villain is known to the free world's intelligence community only by the code name KRAIT, a deadly viper. One day, near the end of an unsuccessful term, a president in the solitude of the Oval Office found time to think of some way to make amends for his failures. He gave his imagination free rein. Soon an idea began to grow into a solution to a serious problem: a solution which would become the closest-held secret since the atomic bomb. From this secret would come a remarkable man, code name William Tell. 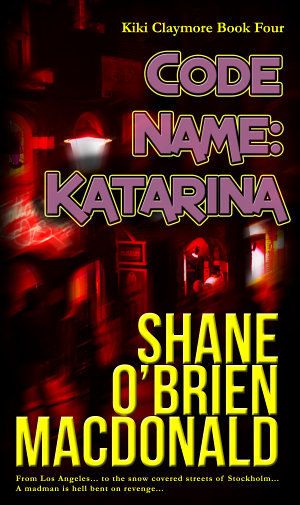 A tech billionaire seeks revenge that will kill millions… …but first he plans to take out the half-Japanese secret agent who is a thorn in his side… A philanthropist and visionary in the computer world, Gargamel Tossert is the last person authorities would suspect of bombing a Los Angeles skyscraper—connecting California’s internet to the rest of the world. Unfortunately for him, Kiki Claymore is right on his trail. Why? Because Tossert has brainwashed Kiki’s old roommate, Aislinn Rousseau, as his own agent of evil. But when Kiki is forced to secretly escape the United States, all because of Tossert’s actions, she refuses to stay undercover. Kiki demands to infiltrate Tossert’s network, and rescue Aislinn from his influence. The trail leads to a secret bunker under Katarina, a historic neighborhood of Stockholm, Sweden. With the unlikely help of the Hell’s Angels, Kiki races against time to save her friend. And stop Tossert’s plan to bring the world to its knees—by destroying every automobile built in the last twenty years with a deadly computer virus. From inside the novel… “One more thing, for the next forty minutes you can’t stand up, okay?” Kiki looked to the ceiling. There wasn’t much room anyway. “Why not?” “We’re only flying twenty feet above sea level. Less than the height of a normal suburban house. At that altitude the uplift is so fragile that even the slightest variation in weight could send us into the water. So head to the restroom before we take off.” “Below the radar,” said Tin Man. “But after forty minutes they have to gain altitude. The pilot loses the ability to judge distance. Over the water there’s nothing for perspective. The chance of a crash increases.” “Until Mei turns off the smoking sign, okay?” said Digby. Kiki sat back in her seat as the man in the polo shirt helped Digby raise the stairs and lock the door. Ground crew directed them onto the tarmac. After fifteen or so minutes the plane took off. At first they climbed, then came down again. Kiki looked out the window. The ocean was so close you could almost touch it. KA-PLUNK! The jet wobbled violently. Then stabilized. Salt spray splashed against Kiki’s window. “Sorry about that,” came Mei’s voice over the intercom. “Something was in our way.” Kiki looked out as the jet shot past a cruise ship. No more than a hundred feet away. The very same boat which had woken her that morning. 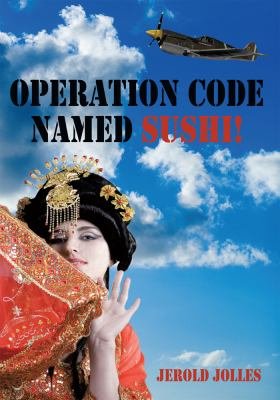 Take a Chinese Industrialist, and then add a Nationalist Generalissimo, a Royal Princess and Old Leatherface to the mix. Jolles puts on his chefs hat to cook you up a recipe filled with plenty of shoot-em-up excitement. Then stir briskly with lots of insane characters as well as historical ones. The result is Operation Code Name Sushi!. One whale of a kidnapping and a hell of a joyride. Jolles will tickle you with the feather tip of his words. This is an interactive book, and without you the heroes will never win. So get ready to do some serious singing as well a lot of cheering. Reader victory is in your hands. So sit tight in your seat folks and grab hold of its edges, because you're seconds from blast off! 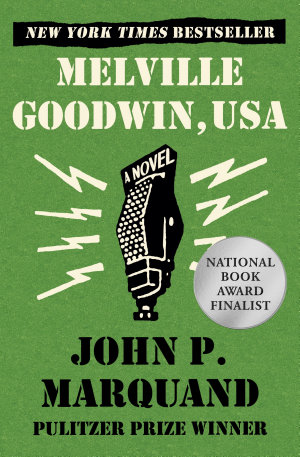 Finalist for the National Book Award: This sweeping novel set in the aftermath of World War II reveals the story behind the creation of an American icon Major General Melville A. Goodwin, the son of a druggist, served in two world wars, rising through the ranks to take command of an armored division. He was a hero long before he braved a hail of bullets to save a fellow American in postwar Berlin, but until that mad act of courage, no one outside of the military had ever heard of him. That is all about to change: A weekly news magazine has convinced the major general to sit down for an extended interview at the home of Sid Skelton, a popular radio commentator and former army buddy of Goodwin’s. Over the course of many hours, Goodwin tells the story of his life—from his small-town childhood to his years at West Point, his battlefield traumas, his marriage to an ambitious woman who helped shape his military career, and his impressions of the world as seen through the barbed wire of far-flung army posts. Of primary interest to Skelton, however, is Dottie Peale, the vivacious journalist Goodwin romanced in war-torn France. Skelton is a little bit in love with her himself, and now that the major general is in the news, Dottie plans to make a dramatic return to his life. At the moment of his greatest triumph, Goodwin will discover that his marriage and career are under threat. 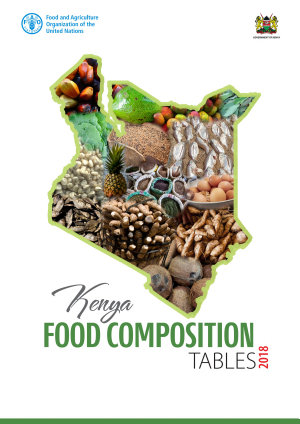 Food composition data provides food and nutrition sector, both private and public with the important guidelines in food labelling, assessment of nutrient intake to determine nutrition adequacy, diet formulation as well as in research and breeding. The information generated is also used to establish food-based dietary guidelines for dietary diversification and food fortification. They also help program managers in determining the relationships between disease outcome and nutrient intakes. The resultant information provides the evidence base for nutrition and health & agricultural policies in establishing how to meet the nutrient requirements in the population through diet. The Kenya Food Composition Tables [FCT] (2018) was developed following international guidelines from INFOODS considering all the required quality checks. It has three main sections: the first part of the book contains an introduction and user notes; the second section presents the actual food composition tables; the third section features photographies and descriptions of foods, to facilitate food identification. This publication will guide both county and national authorities in setting priorities in the implementation of food-based approaches to reduce the burden of malnutrition in the population and support nutrition-sensitive agricultural production.