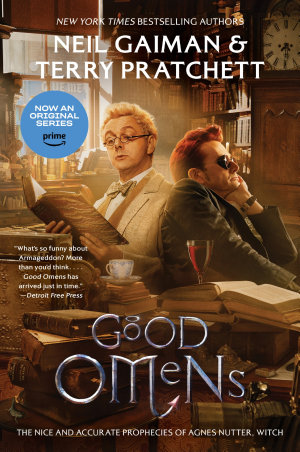 The classic collaboration from the internationally bestselling authors Neil Gaiman and Terry Pratchett, soon to be an original series starring Michael Sheen and David Tennant. ?Season 2 of Good Omens coming soon! “Good Omens . . . is something like what would have happened if Thomas Pynchon, Tom Robbins and Don DeLillo had collaborated. Lots of literary inventiveness in the plotting and chunks of very good writing and characterization. It’s a wow. It would make one hell of a movie. Or a heavenly one. Take your pick.” —Washington Post According to The Nice and Accurate Prophecies of Agnes Nutter, Witch (the world's only completely accurate book of prophecies, written in 1655, before she exploded), the world will end on a Saturday. Next Saturday, in fact. Just before dinner. So the armies of Good and Evil are amassing, Atlantis is rising, frogs are falling, tempers are flaring. Everything appears to be going according to Divine Plan. Except a somewhat fussy angel and a fast-living demon—both of whom have lived amongst Earth's mortals since The Beginning and have grown rather fond of the lifestyle—are not actually looking forward to the coming Rapture. And someone seems to have misplaced the Antichrist . . . 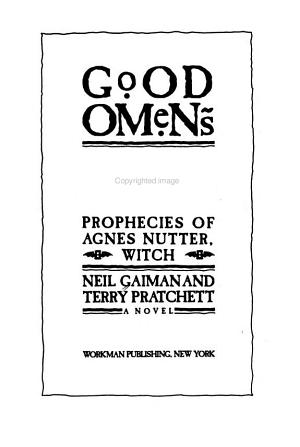 When the armies of Heaven and Hell decide it's time for Armageddon, a demon and an angel decide they like life on earth and team up to stop the coming Apocalypse

According to the world's only totally reliable guide to the future, the Nice and Accurate Prophecies of Agnes Nutter, the world will end next Saturday, just after tea. Then how will they deal with the Antichrist and the Four Horseman of the Apocalypse who ride motorcycles?

There is a hint of Armageddon in the air. According to the Nice and Accurate Prophecies of Agnes Nutter, Witch (recorded, thankfully, in 1655, before she blew up her entire village and all its inhabitants, who had gathered to watch her burn), the world will end on a Saturday. Next Saturday, in fact. So the Armies of Good and Evil are massing, the four Bikers of the Apocalypse are revving up their mighty hogs and hitting the road, and the world's last two remaining witchfinders are getting ready to Fight the Good Fight. Atlantis is rising. Frogs are falling. Tempers are flaring, and everything appears to be going to Divine Plan. Except that a somewhat fussy angel and a fast-living demon are not particularly looking forward to the coming Rapture. They've lived amongst Humanity for millennia, and have grown rather fond of the lifestyle. So if Crowley and Aziraphale are going to stop it from happening, they've got to find and kill the AntiChrist (which is a shame, really, as he's a nice kid). There's just one glitch: someone seems to have misplaced him. This edition features a new revised text, approved by Neil Gaiman and the Pratchett Estate, which clears up many typos and errors from previous editions. It also features twelve full colour illustrations from Paul Kidby - Terry Pratchett's artist of choice - and further pencil drawings. 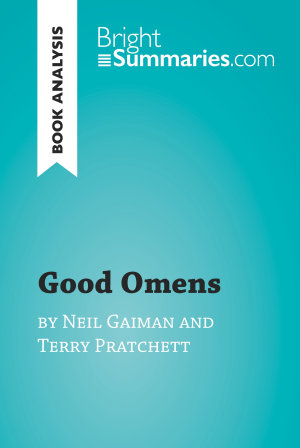 Unlock the more straightforward side of Good Omens with this concise and insightful summary and analysis! This engaging summary presents an analysis of Good Omens by Neil Gaiman and Terry Pratchett. The novel follows two unlikely friends, the demon Crowley and the angel Aziraphale, as they attempt to avert an imminent nuclear Armageddon. They are joined by a memorable cast of characters, including the Four Horsepersons of the Apocalypse, who style themselves as a biking gang, Anathema Device, who lives her life based on prophecies handed down from a witch in her family, Newton Pulsifer, a would-be scientist with an uncanny knack for breaking any and all technological devices, and the Antichrist himself, in the form of an unsuspecting 11-year-old called Adam. The novel was an immense popular success and inspired a 2019 miniseries starring Benedict Cumberbatch. Find out everything you need to know about Good Omens in a fraction of the time! This in-depth and informative reading guide brings you: • A complete plot summary • Character studies • Key themes and symbols • Questions for further reflection Why choose BrightSummaries.com? Available in print and digital format, our publications are designed to accompany you on your reading journey. The clear and concise style makes for easy understanding, providing the perfect opportunity to improve your literary knowledge in no time. See the very best of literature in a whole new light with BrightSummaries.com!

The Oxford Handbook of the Bible and American Popular Culture 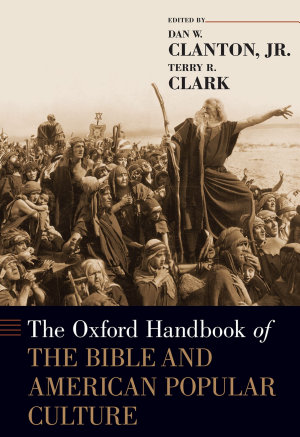 GET BOOK
The Oxford Handbook of the Bible and American Popular Culture Book Description:

"The study of the reciprocal relationship between the Bible and popular culture has blossomed in the past few decades, and the time seems ripe for a broadly-conceived work that assesses the current state of the field, offers examples of work in that field, and suggests directions for further study. This Handbook includes a wide range of topics organized under several broad themes, including biblical characters and themes in popular culture; the Bible in popular cultural genres; "lived" examples; and a concluding section in which we take stock of methodologies like Reception History and the impact of the field on teaching and publishing. These topics are all addressed by focusing on specific examples from film, television, comics, music, literature, video games, science fiction, material culture, museums, and theme parks, to name a few. This book represents a major contribution to the field by some of its leading practitioners, and will be a key resource for the future development of the study of Bible and American popular culture"-- 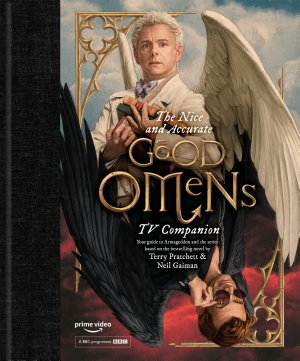 The ultimate TV companion book to Good Omens, a massive new television launch on Amazon Prime Video and the BBC, written and show-run by Neil Gaiman and adapted from the internationally beloved novel by Terry Pratchett and Neil Gaiman. '[It was] absurdly good fun...Terry charged Neil with getting it made, almost as his deathbed wish, so it's a real labour of love' - David Tennant In the beginning there was a book written by Terry Pratchett and Neil Gaiman about the forces of good and evil coming together to prevent the apocalypse, scheduled to happen on a Saturday just after tea. Now, that internationally beloved novel has been transformed into six hour-long episodes of some of the most creative and ambitious television ever made. Written and show-run by Neil Gaiman and directed by Douglas Mackinnon, this BBC Studios creation brings Good Omens spectacularly to life, through a cast that includes David Tennant, Michael Sheen, Jon Hamm, Miranda Richardson, Josie Lawrence, Derek Jacobi, Nick Offerman, Jack Whitehall and Adria Arjona. Keep calm, because The Nice and Accurate Good Omens TV Companion is your ultimate guide to navigating Armageddon. Through character profiles and in-depth interviews with the stars and the crew, stunning behind-the-scenes and stills photography of the cast and locations, and a fascinating insight into costume boards and set designs, you will discover the feats of creativity and mind-boggling techniques that have gone into bringing an angel, a demon, and the Antichrist to the screens of people everywhere. This book will take you inside the world of Heaven and Hell (and Tadfield) and is set to shatter coffee tables around the world.

The Quite Nice and Fairly Accurate Good Omens Script Book 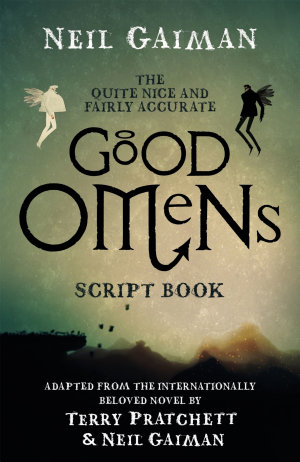 The Quite Nice and Fairly Accurate Good Omens Script Book contains much that is new and revelatory and even several scenes that are not actually in the final television series. 'One of the most hotly anticipated TV shows of the year' Independent 'Even if you're very familiar with the original novel, this is a different experience... so damned charming and quirky that it feels like a must' Starburst Neil Gaiman's glorious reinvention of the iconic bestseller Good Omens is adapted from the internationally beloved novel by Terry Pratchett and Neil Gaiman and is soon to be a massive new TV launch on Amazon Prime Video and the BBC. The series is written and show-run by Neil himself and stars David Tennant, Michael Sheen, Jon Hamm and Miranda Richardson, to name but a few. **Includes an introduction by Neil Gaiman about bringing Good Omens to the screen** Before he died in 2015, Terry Pratchett asked Neil Gaiman to make a television series of the internationally beloved novel they wrote together about the end of the world. And so, Neil began to write. And continued to write until he had six episodes that brought an angel, Aziraphale, and a demon, Crowley, (the only things standing between us and the inevitable Armageddon) to life for the screen. Contained between the covers of this book are the scripts that Neil wrote, which later turned into some of the most extraordinary television ever made. Take a tour behind the scenes with a text that reveals the secrets of the show, still has the missing bits and, sometimes, asks for the impossible. Step backstage and see the magic for yourself. You may just learn as much from the scenes that never made the final cut as from those that did.