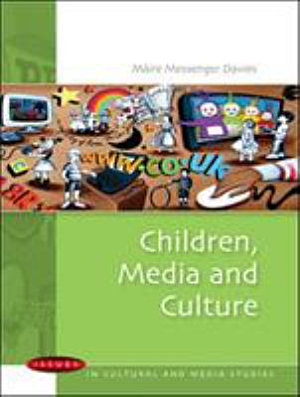 Childhood and children's culture are regularly in the forefront of debates about how society is changing - often, it is argued, for the worse. Some of the most visible changes are new media technology; digital television; the internet; portable entertainment systems such as games, mobile phones, i-pods and so on. Television, the most popular medium with children for the last thirty years, is becoming less so. This book is intended to broaden the public debate about the role of popular media in children's lives. Its definition of 'media' is wide-ranging: not just television and the internet, but also still-popular forms such as fairy tales, children's literature - including the triumphantly successful Harry Potter series - and playground games. It sets these discussions within a framework of historical, sociological and psychological approaches to the study of children and childhood. At times of rapid technological change, public anxieties always arise about how children can be protected from new harmful influences. The book addresses the perennial controversies around media 'effects' from a range of academic perspectives. It examines critically the view that technology has dramatically changed modern children's lives, and looks at how technology has both changed, and sustained, children's cultural experiences in different times and places. Does new interactive technology give children a 'voice'? It can permit children to be their own authors and to engage in civil society, as well as to explore taboo and potentially dangerous areas. The book discusses how children can use technology to enhance their role as 'citizens in the making', as well its utilizing more playful applications. The book includes interviews with both producers and consumers – media workers, and children and their families, and has historical and contemporary illustrations.