Commentary on Genesis Without Smidgen of Religion

GET BOOK
Commentary on Genesis Without Smidgen of Religion Book Description:

This is the start of the book.This is a commentary on the opening chapters of Genesis.Those who are committed to religion should not enter this book.Why? I deal with facts. This is a synonym for truth. And also for reality. I have yet to meet any religion that had the slightest respect for either truth or reality.On the other hand I do not wish to disturb anyone's peace of mind or comfort zone. Before the knives come out I would advise you to exit stage right.The rest of you, with inquiring minds, may take your seats.The Torah, written in Hebrew, an ancient book possessed by Israel, has never been translated.I won't be the first to do it and I don't think at our current understanding of the universe it can be done.We have books floating around in different languages that are labelled “the Old Testament,” which includes both the Torah and the supplementary inspired literature of the Jews called the Tanakh, but I will expose what these are.Let's say you went to a concert to enjoy a famous rock group. You sat in the auditorium for two hours. Here's what you experienced. You saw the guitarist play. You saw the drummer drum. You saw the girl sing. You saw a lot of choreography. But you did not hear one note. And you are not deaf. Were you at the concert? No, not if it means hearing music.“The medium is the message,” as my fellow Canadian Marshall_McLuhan once said. It may also be the substance. The style of the musicians is part of their presentation but without the music there is no performance. You may have received a brochure which lists all the lyrics of the songs but you were no more immersed in music than you experienced water trying to swim on the concrete floor of a drained swimming pool.Let's say the producers of the concert realized that their sound system had gone out. They didn't have any discs of the group in question. As a matter they didn't have any discs of any kind on hand. But an eccentric old lady across the street had a record of Tiny Tim singing “Tip Toe Through The Tulips.” They thought of playing that over and over again and telling the group to lip-sync as best they could. Music is music, isn't it? As Hillary Clinton might say, “What difference does it make?” But they quickly had sober second thoughts.Music, noise, silence – everything is a reality unto itself in terms of how it affects people. There was a nationally publicized case in 2004 where one Michael Carreras was ticketed in Miami Beach for blasting from the stereo in his car the rap music of 50 Cent. He went before Judge Jeffrey Swartz who sentenced him to listen to 2.5 hours of opera. I've read that some shopping centres in the US where milling youths were hassling people starting playing symphonic stains in their malls and the youths vanished.

Commentary on Genesis Without Smidgen of Religion

Authors: Dov Ivry
Categories: Science
This is the start of the book.This is a commentary on the opening chapters of Genesis.Those who are committed to religion should not enter this book.Why? I deal with facts. This is a synonym for truth. And also for reality. I have yet to meet any religion that had the 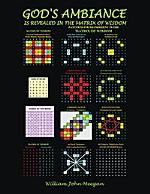 Authors: William John Meegan
Categories: Religion
The MATRIX OF WISDOM is all about God’s Ambiance residing in the soul of the individual. This volume is about unraveling the deep mysteries of God esoterically codified into the world’s sacred scriptures, literature, artworks, monuments and architecture in all times and climes via the ESOTERIC SCIENCE: i.e. the harmonious 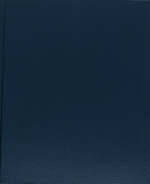