In the 1930s the Great Depression and a severe drought and dust storms rocked the U.S.A decade and a half before, the First World War marked a period of rising global wheat demand, and the Great Plains became an international breadbasket. American farmers met the demand and turned the region into a one-crop resource. The droughts of the early 1930s would further devastate the Plains topsoil, as farmers continued to break the sod and strove to top the yields of the war years. High winds took hold of the dry, overworked soil, now reduced to a fine powder, whipping up dangerous dust storms that transformed farmland into desert, and left thousands homeless and desperate. Inhabitants of the Plains, now termed the Dust Bowl, reacted to harsh conditions by attempting to combat nature, for the land ethic at the time was such that humans thought themselves stronger than and able to defeat the environment, rather than being part of it. At the same time, the Stock Market Crash of 1929 created domestic turmoil and international calamity, and the nation had to confront two unrelated crises simultaneously. With more than 15 million Americans unemployed, President Franklin Roosevelt sought to bolster American morale and unity through his ambitious New Deal, which enacted sweeping social and economic changes. The New Deal offered the American public a chance to combat its predicament and rise above its current circumstances, and the government and the populace united to boost morale by cultivating an attitude of toughness. That the Great Depression occurred at the same time as the Dust Bowl made it so that the environmental disaster was fought in the same manner as the economic crisis--with determination, perseverance, and grit, rather than understanding and moderation. Thus in the public consciousness the Great Depression was linked to an agricultural and environmental crisis, both of which had to be met with fierce resolve. As a result, there would be few opportunities to change the nation's land ethic. The Dust Bowl in and of itself could have presented a teachable moment, to even create a national environmental consciousness. Instead, the concurrence of the Great Depression postponed the start of the modern environmental movement, which would not emerge until the 1960s.

Authors: Eliza C. Williams
Categories: Dust Bowl Era, 1931-1939
In the 1930s the Great Depression and a severe drought and dust storms rocked the U.S.A decade and a half before, the First World War marked a period of rising global wheat demand, and the Great Plains became an international breadbasket. American farmers met the demand and turned the region 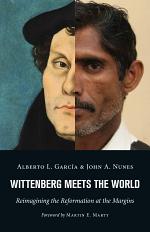 Authors: Alberto L. Garcia, John A. Nunes
Categories: Religion
Proposes creative implications of the 500-year Reformation tradition for today As the global church assesses the legacy of the Lutheran Reformation, Alberto García and John Nunes in this book reimagine central Reformational themes from black, Hispanic, and other perspectives traditionally at the margins of catholic-evangelical communities. Focusing on the central 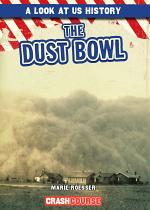 Authors: Marie Roesser
Categories: Juvenile Nonfiction
Most people have at least seen a snowstorm on television, but imagine a storm of dust instead of snow. These were called "black blizzards" in the Dust Bowl, which was the name for the Great Plains of the United States during the 1930s. Readers will learn what transformed green farmland 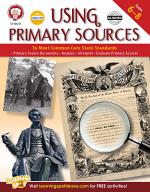 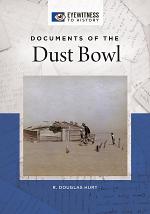 Documents of the Dust Bowl