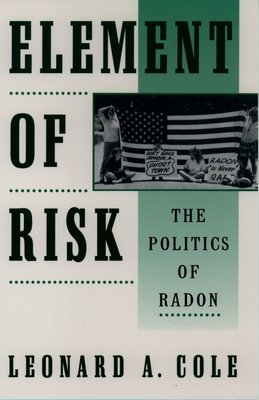 Radiation, radioactivity, radon: these are words that, since Hiroshima, the Cold War, and Three Mile Island, have conjured fear and fascination for many Americans. The threat of nuclear war, however, was always abstract at best, and the possibility of a meltdown was seen primarily as a localized catastrophe. Yet the danger of radon--an invisible, odorless gas that could seemingly attack any home and afflict its residents with a deadly cancer--struck home in the 1980s when whole neighborhoods were deemed unsafe and homeowners were forced to relocate, often at great expense. But how much of a threat does radon really pose to Americans? Is the government's aggressive policy toward this "silent killer" warranted? Indeed, is there a legitimate threat at all? These are the important questions Leonard A. Cole asks in this provocative and fascinating new book, and his answers are ones that all homeowners will want to understand. In clear, non-technical language, Cole dispels many of the myths surrounding radon as he makes recommendations for a coherent, reasonable environmental policy toward what is, certainly, a dangerous gas. But at what levels does radon become a health problem? From all the alarmist headlines ("Major Radon Peril Is Declared By U.S." screamed the New York Times in 1988), average Americans would never know that the threat of radon is much debated, among scientists as well as among government officials. They would never know that numerous European countries--with advanced environmental policies--see the radon levels found in homes and apartments as much less of a danger than we do. And they would never know that not even a single lung cancer death can be directly attributed to a radon-contaminated environment. As he carefully traces the development of the U.S.indoor radon policy, Cole illuminates the many scientific uncertainties that lie behind it, and challenges EPA's risk-cost assessment of radon levels. He shows, too, that no epidemiological study has confirmed that homeowners are at great risk, and exposes those who stand to gain from the policy decisions made in Washington. Since it is not caused by any industry, radon has been a politically convenient issue. Under the Reagan administration, for example, an aggressive radon policy proved an easy way to challenge the popular perception of an anti-environmental president. In the end, Cole convincingly argues for less strict radon regulations, and maintains that the average citizen must be involved in the decision-making process, and must be allowed to exercise her own informed judgment. Thoughtful and timely, Element of Risk illuminates one of the most important public policy issues of our time. It is a book homeowners and taxpayers, scientists and policymakers, will find essential reading. 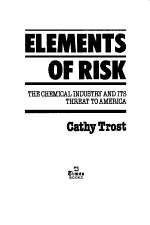 Authors: Cathy Trost
Categories: Social Science
Examines the history of the American chemical industry and analyzes the impact of chemical companies' products and policies on the environment 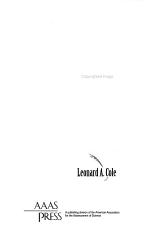 Authors: Leonard A. Cole
Categories: Political Science
"Radiation, radioactivity, radon: these are words that, since Hiroshima, the Cold War, and Three Mile Island, have conjured fear and fascination for many Americans. The threat of nuclear war, however, was always abstract at best, and the possibility of a meltdown was seen primarily as a localized catastrophe. Yet the
Language: en
Pages: 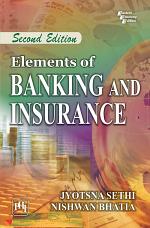 ELEMENTS OF BANKING AND INSURANCE

Authors: JYOTSNA SETHI, NISHWAN BHATIA
Categories: Business & Economics
The emergence of the financial sector has brought unprecedented changes in the principles, practices and legal framework of the banking and insurance sectors. This up-to-date and student-friendly text describes, with great clarity and precision, the role of banking and insurance sectors in the current era of globalization, privatization and liberalization.