The employment of the first tanks by the British Army on the Western Front in September 1916, although symbolic rather than decisive in its effects, ushered in a new form of warfare - tank warfare. While much has been written on the history of the tank, this volume brings together a collection of essays which uncover new aspects of the history of these early machines. Leading military historians from Britain, France and Germany offer insights into the emergence of the tank before the First World War, during the conflict, as well as what happened to them after the guns fell silent on the Western Front. Based on painstaking research in archives across Europe, each of the chapters sheds new light on different aspects of the history of First World tanks. Two chapters consider why the Germans failed to recognize the possibilities of the tank and why they were so slow to develop their own machines after the first British tank attack in 1916. Two other chapters chart the history of French tanks on the Western Front and after the end of the war. Tank communication, the employment of British tanks on the Western Front, as well as the activities of British Tank Corps intelligence, are also explained. The use of British tanks in Palestine and in the Russian Civil War is examined in detail for the first time. The volume also reflects on the impact of the Battle of Cambrai, both in terms of its psychological impact in Britain and the power it exerted over military debates until the end of the Second World War. The aim of the book is to reconsider the history of First World War tanks by widening the historical perspective beyond Britain, to include France and Germany, and by reflecting on the pre-1914 and post-1918 history of the these new weapons of war.

Authors: Alaric Searle
Categories: History
The employment of the first tanks by the British Army on the Western Front in September 1916, although symbolic rather than decisive in its effects, ushered in a new form of warfare - tank warfare. While much has been written on the history of the tank, this volume brings together 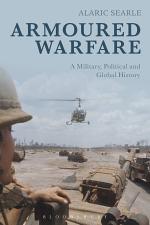 Authors: Alaric Searle
Categories: History
This book charts the history of armoured warfare from the first use of the tank in 1916 right through to the 21st century, adopting military, political and global perspectives. Alaric Searle explores the origins of the tank, the part it played in the First World War and its contribution to 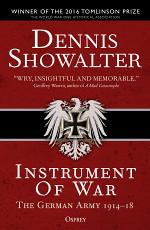 Authors: Dennis Showalter
Categories: History
Drawing on more than a half-century of research and teaching, Dennis Showalter presents a fresh perspective on the German Army during World War I. Showalter surveys an army at the heart of a national identity, driven by – yet also defeated by – warfare in the modern age, which struggled 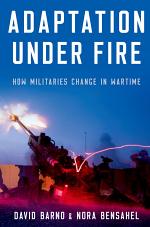 Authors: Lt. General David Barno, Nora Bensahel
Categories: History
Every military must prepare for future wars despite not really knowing the shape such wars will ultimately take. As former U.S. Secretary of Defense Robert Gates once noted: "We have a perfect record in predicting the next war. We have never once gotten it right." In the face of such 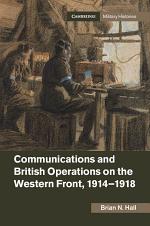 Communications and British Operations on the Western Front, 1914-1918

Authors: Brian N. Hall
Categories: History
This book reveals the impact of communications on the military operations of the British Expeditionary Force during the First World War.