The first book to cover global horror fiction during the twentieth century, the decades in which the horror genre matured and came of age, HORROR NEEDS NO PASSPORT covers hundreds of authors and stories and novels from 72 countries. The great majority of these works have never been translated into English and are mentioned only slightly, if at all, in the standard horror genre reference books. Yet these stories and novels contain a wealth of high quality horror, whether written by Angolan authors or Uruguayan authors. It's a shame that nearly all of these horror stories and novels are unknown to readers in the United States and the United Kingdom, as they would enjoy these works greatly if they could read them. The book does not contain an over-arching narrative; the horror literatures of the world are far too varied for any one narrative to fit. Instead, each author gets their own one or two paragraph entry, placing them in the context of their time and place and describing what their horror fiction is about, why their horror fiction matters, and whether or not their horror fiction is worth reading. The following, about the fantastic Belgian horror writer Thomas Owen, is typical of the entries: "A much different writer from Ghelderode was Thomas Owen, a lawyer, plant manager, and art critic who became interested in writing following a meeting with detective writer Stanislas-Andr Steeman. From 1941-1943 Owen wrote detective novels, but in 1942, inspired by and perhaps jealous of the success of his friend Jean Ray, Owen began writing fantastika, primarily horror of l'ecole belge de l'etrange variety. In his lifetime Owen would write two dozen novels and over 300 short stories, most of which were fantastika. Owen would become (with Jean Ray) the most important Belgian writer of fantastika and horror, and arguably its best writer and stylist. Jean Ray never produced Art (and never bothered to try), while Owen routinely achieved it. Owen had obsessions distinctive to himself: morbid eroticism, perversity, and the animalistic. And Owen's characters were usually present to create the effect of horror in the reader rather than existing as sympathetic beings. But Owen's style-evocative, precise, restrained, clear and cold-overwhelmed these flaws, and the doomed atmosphere, erotically macabre imagery, and general existential dread Owen generates in the stories make them memorably frightening. Owen's brand of terror has been called "intimate horror," as it focuses closely on ordinary lives rent by the moral and emotional ambiguities of life to the point that Owen's protagonists are vulnerable to supernatural assault. "Owen refined the tale of supernatural horror to an almost anachronistic degree of economy and purity...his unsettling work has been compared to that of Poe and Buzzati." Other reference books about horror fiction cover a scant handful of the authors and works described and analyzed in HORROR NEEDS NO PASSPORT and rarely venture outside Western Europe, Japan, and parts of Latin America. HORROR NEEDS NO PASSPORT covers multiple countries from every continent, going back to at least the turn of the twentieth century and in some cases well into the nineteenth century. Written for both casual readers and interested academics, HORROR NEEDS NO PASSPORT is unlike anything else on the market.

Authors: Jess Nevins
Categories: Horror tales, English
The first book to cover global horror fiction during the twentieth century, the decades in which the horror genre matured and came of age, HORROR NEEDS NO PASSPORT covers hundreds of authors and stories and novels from 72 countries. The great majority of these works have never been translated into 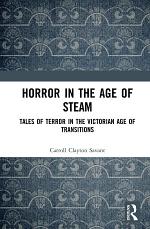 Horror in the Age of Steam

Authors: Carroll Clayton Savant
Categories: Literary Criticism
Change is terrifying, and rapid change, within a small amount of time, is destabilizing to any culture. England, under the tutelage of Queen Victoria, witnessed precipitous change the likes of which it had not encountered in generations. Wholesale swaths of the economy and the social structure underwent complete recalibration, through 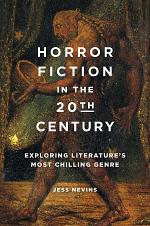 Authors: Jess Nevins
Categories: Literary Criticism
Providing an indispensable resource for academics as well as readers interested in the evolution of horror fiction in the 20th century, this book provides a readable yet critical guide to global horror fiction and authors. Horror Fiction in the 20th Century encompasses the world of 20th-century horror literature and explores 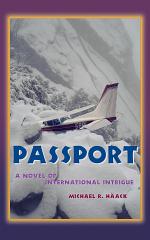 Authors: Michael R. Häack
Categories: Fiction
Recovering from a broken marriage, schoolteacher Mike Stanton has decided to abandon his life in California and immigrate to New Zealand. With high hopes, a large backpack, money, and documents in hand, Mike boards a Pan Am flight from San Francisco bound for adventure. Trouble arises immediately when his flight 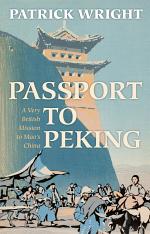 Authors: Patrick Wright
Categories: Art
In he second half of 1954, scores of European delegations set off for Beijing, in response to Prime Minister Chou En-lai's invitation to 'come and see' the New China and celebrate the fifth anniversary of the Communist victory. In this delightfully eclectic book, part comedy, part travelogue, and part cultural