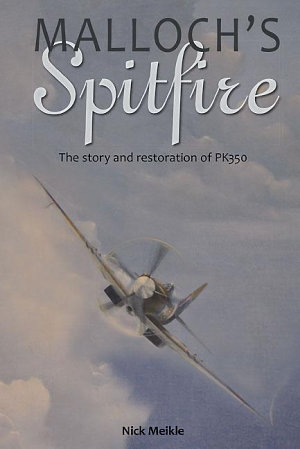 This is the story of the pursuit of a dream. Spitfire PK350 is the only late-mark Spitfire, an F Mk 22, to have ever been restored to full flying status. She had no restrictions on her airframe and with four fully serviceable 20mm cannons, she was as good as the day she came off the production line in July 1945 near Birmingham, England. She first flew as a restored aircraft on 29 March 1980 at the hands of one John McVicar Jack Malloch. By then a legend in his adopted country, Rhodesia, Malloch had in 1977 been entrusted by the hierarchy of the Rhodesian Air Force to restore SR64, as she was then known. In two and half years, Jack Malloch and his trusted engineers, with critical help from the Rhodesian and South African air forces, completely restored SR64 to flying condition. The fact that she was fitted with a propeller made by a German company added a sweet irony to a project that had to contend with sanctions imposed by Britain, the original country of manufacture, and highlighted the enterprising spirit of the team. This was possible because Malloch, with the backing of the Rhodesian government, had built up a successful charter airfreight company that assumed different guises, depending on where it was operating, to bypass sanctions. Malloch's network thus facilitated his quest to restore and once again fly a Spitfire such as he had flown in the RAF during the Second World War. Some fascinating insights are revealed in this account. From the test pilot who first flew her as PK350 on 25 July 1945, the reader is taken on a journey through the aircraft's complete life, with the project's lead engineer and most of the surviving pilots who flew her gracing the story with their memories. For two years PK350 delighted those fortunate enough to see her fly, mostly around Salisbury (Harare) airport. Then, on what was planned to be its last flight, Malloch's Spitfire never returned to base. 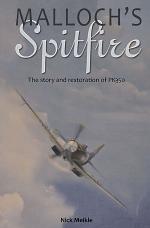 Authors: Nick Meikle
Categories: History
The story of one of history’s greatest fighter aircraft from WWII to its remarkable restoration in 1980 Rhodesia: “an aviation classic-in-waiting” (Airscape). In 1977, the Rhodesian Air Force retrieved a World War II–era Supermarine Spitfire F Mk 22. But while the RAF was embroiled in the Bush War, the dream 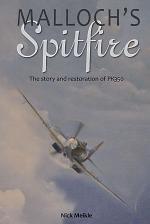 Authors: Nick Meikle
Categories: History
This is the story of the pursuit of a dream. Spitfire PK350 is the only late-mark Spitfire, an F Mk 22, to have ever been restored to full flying status. She had no restrictions on her airframe and with four fully serviceable 20mm cannons, she was as good as the 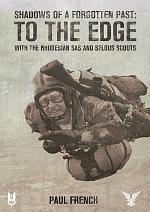 Shadows of a Forgotten Past

Authors: Paul French
Categories: History
This all-new work chronicles the experiences of Paul French who, upon leaving the British Army's 21 SAS (V), sought adventure and excitement in C Squadron of the Rhodesian SAS. Upon passing the arduous Rhodesian SAS selection course, Paul was thrown into the maelstrom that was the Rhodesian Bush War. Here 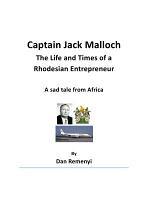 Captain Jack Malloch The Life and Times of a Rhodesian Entrepreneur: A sad tale from Africa

Authors: Dan Remenyi
Categories: History
Jack Malloch was Rhodesia’s principal pioneer in aviation. He was an aviator and entrepreneur who left his mark on Rhodesia in a number of ways. He introduced larger and longer range aircraft than anyone else and he used these aircraft to develop an airfreight business which reached into Africa and 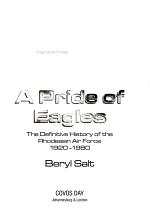 Authors: Beryl Salt
Categories: History
This volume chronicles the story of military aviation in Rhodesia from the early romantic days of "bush" flying in the 20s and 30s when aircraft were refuelled from jerry cans and landing grounds were often the local golf course. In 1939, before the outbreak of World War II, the tiny