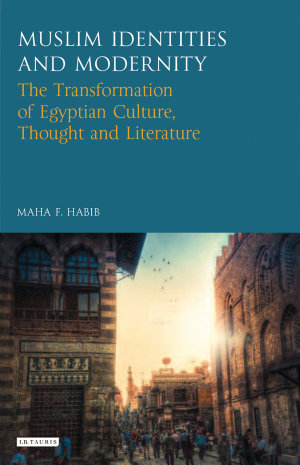 What have the concepts of modernity and secularization meant for Islamic tradition, culture and society? How have the discourses which surround all of these issues influenced Muslim self-perception and individual identity? There have been many attempts to describe and analyse the encounter between Islam and modernity in the Middle East, but few have been able so effectively to explore the impact this has on the idea and reality of religious identity and individual religiosity. Maha F. Habib examines modernity from this angle, offering socio-cultural, philosophical and literary perspectives. She assesses how this is played out in Egypt, analysing cultural changes in the country through its intellectual thought and literature, from the nineteenth century to the present day. Her references to the works of Muhammad Abdu, Muhammad Husayn Haykal, 'Abbas Mahmud al-'Aqqad, Naguib Mahfouz, Alaa al-Aswany and Salwa Bakr reveal contemporary issues and concerns which will interest those researching the cultural and social milieu of modern Egypt.