MYSTIC JOURNEY TO INDIA - The Key to Spiritual Awakening and Fixing Fate. NOW AN INTERNATIONAL DOCUMENTARY TV SERIES This is the true account of how psychic medium Craig Hamilton-Parker stumbles upon a 5,000 year old Indian oracle that has his name written on it. When translated, it reveals the story of his life with 100% accuracy and proclaims what will happen in the future - even giving the exact time he will die. The oracle tells him that to turn the tide of providence, Craig must visit a frightening holy man who sleeps in a fire, perform strange rituals and change people's lives through charitable acts. Craig is just a normal western guy with a loving family at home but is told to go on an astonishing spiritual adventure that will shake his soul and leave him a changed man. This is an exciting spiritual adventure that follows on from his book 'Messages from the Universe' in which Craig uncovers a secret oracle that has within it the secrets of the future. Inspired by what he is told, Craig goes to India to track down the lost oracle and to do the prescribed magical remedies. On his way, he meets astrologers, strange holy men and miraculous Siddha yogis who help him to change his destiny and guide his path to spiritual awakening. With him, he take a cameraman and together they make a film the adventure that is now a three part documentary that has been screened on international mainstream TV and is available for download. Includes: THE SECRETS OF INDIAN ASTROLOGY The 10,000 year old Naadi Oracle reveals the path. The Naadi are the ancient Indian astrological texts that date back thousands of years and hold the secrets of the future. Their incredible insights into astrology reveal details about the future of the world. FUTURE PROPHECY Can we control our destiny and karma? The story looks into the possibility of changing our destiny and fate by performing forgotten rituals that are done in accordance with the almanac and horoscope. SPIRIT OF ADVENTURE The adventures of Craig's family including the exploration of Nigeria and the sinking of the HMHS Rohila. PSYCHIC POWERS AND PSYCHOMETRY Craig used his psychic medium abilities to tune into India and its history. In particular we explore the mysteries of Mamallapuram. Using his psychometry skills Craig accesses the lost history of the Mahabalipuram temple complex and uncovers some interesting insights akin to the discoveries made by the archaeologist Graham Hancock. RAMANA MAHARSHI At ancient Thiruvannamali Craig climbs the sacred mountain of Shiva called Arunachala and explored with author David Godman the teachings of Ramana Maharshi. David Godman first visited the Tiruvannamalai ashram of Ramana Maharshi in 1976. He also knew visit Lakshmana Swamy, a disciple of Ramana Maharshi. HOLY MEN AND SADHUS OF INDIA Craig meets the Sidha yogis of Tamil Nadu and tells the story of the lost continent of Lemuria known locally as Kumari Kandam. Other holy men that are spoken about include Lahiri Mahasaya, Mahavatar Babaji, Paramahansa Yogananda, Swami Sri Yukteswar. We also meet the siddha yogis including Maha Ananda Siddha - the 19th Siddha in the lineage of famous Maha Siddhas of South India; as Agastyar, Bogharnath and Thirumoolar. This current Siddha, Maha Ananda has gone without food or water for since 2003, feeds and heals those that come to him daily and was told by Shiva he would live 500 years.

Authors: Craig Hamilton-Parker
Categories:
MYSTIC JOURNEY TO INDIA - The Key to Spiritual Awakening and Fixing Fate. NOW AN INTERNATIONAL DOCUMENTARY TV SERIES This is the true account of how psychic medium Craig Hamilton-Parker stumbles upon a 5,000 year old Indian oracle that has his name written on it. When translated, it reveals the
Language: en
Pages: 362

To India and Beyond

Authors: Violeta de Bocage
Categories:
Driven by desperation, Syriana Banks must forsake her freewill to become initiated into the world she had always rejected, the occult. She has a destiny to fulfill, a destiny for greatness as told by her mother. But before she becomes her family's savior and Earth's warrior, she must first travel 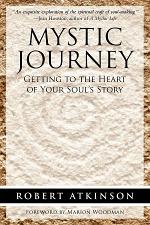 Authors: Robert Atkinson
Categories: Self-Help
When we live our lives consciously, universal motifs, archetypes, and timeless patterns emerge through which we discover not only who we are but also why we are deeply connected to all others. This is life's greatest adventure; it is thoroughly described in the world's wisdom traditions. *Mystic Journey* uses a 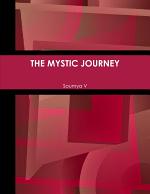 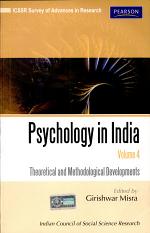 Authors: Girishwar Misra
Categories: Electronic books
Psychology in India Volume IV: Theoretical and Methodological Developments is part of the periodic surveys in the major disciplines of the social sciences to assess disciplinary developments and to identify gaps in researches conducted by The Indian Council of Social Science Research. Six essays cover appraisal of the methodological developments