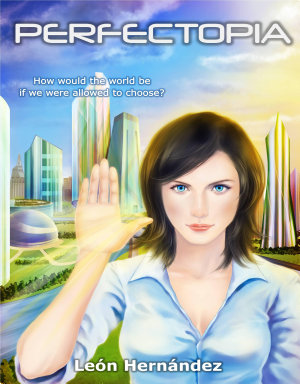 Sam is an active and restless young man fighting with his girlfriend, Silvia, for a better, more equal and more just world. However, their struggle is shortened after a tragic outcome during the protest against their government. From that moment on, events rush across Europe causing an economic and social collapse. The old continent is immersed in the greatest conflict experienced since World War II. Nevertheless, Europe is able to rise from its ashes in such a powerful way that it will end up impacting the rest of the planet. Perfectopia is a novel that tells a story through its protagonists, antagonists, the adventures and misadventures. There is action, love, hate, death, hope and despair. So far, a normal novel. But Perfectopia goes much further. Perfectopia aims to revolutionize the way we live and we, humans, interact. What if you were able to choose how you want to live, work and enjoy your free time regardless of what others think or believe? How would the future be if we could make ourselves responsible and totally own our lives and the decisions we make, including having to live according to the way we have decided to do? What if due to the new technological advances that new system was not only possible, but also feasible or even desirable. Unlike other novels or stories which show a dark and dystopian future, Perfectopia offers a future full of hope, where mankind has overcome most of its current challenges, changing the way they think and act, imposing on themselves a change of mentality and developing a future that now will be worthwhile for our children to inherit. Perfectopia does not only tell us the great future that awaits us, but also, along with the plot and through the conversations between the characters, presents a plan on how to get there, what steps should the humans take to achieve their desired future. Welcome to Perfectopia.