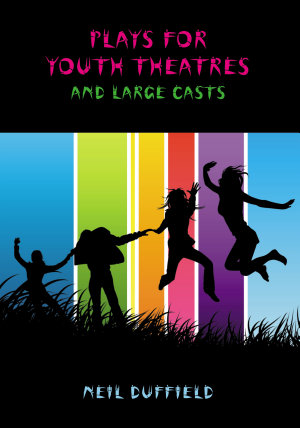 Our first ever collection of plays with multiple roles for large casts. Suitable for schools, colleges, youth theatres, amateur dramatic societies and community groups to perform. This great collection of critically acclaimed plays has been produced internationally. Includes: Twice Upon a Time Somewhere in the distant future a creature deceives a young warrior into entering the Otherworld. Can he find his way back to the girl he loves? "There's some serious thought here about storytelling, perception, imagination, and different realities; and a few fine performances, too, from a company whose outstanding commitment and energy shine through every line of this blazingly adventurous show" — The Scotsman on the Dundee Rep. production Twice Upon A Time explores the blurred lines between reality, fantasy and virtual reality in the form of a fantasy adventure set in the future as a love story twists its way through parallel worlds of reality, dreams and online-gaming. The script was based on a devising process with a youth theatre and Duffield has successfully pulled together the themes they came up with by producing a play which should have great resonance with young people. Interestingly, the original production had two completely different casts of 24 each for the first and second act, and while this is not a requirement, it may provide a useful solution for particularly large groups. Small Fry Winner of The Writers' Guild Award for Best Children's Play 2006 'A play that pits dragons, scavengers and small fry against each other in a battle for power, ownership and belonging.' — The Telegraph The Minotaur "A spell-binding version of the famous myth of Theseus and the Minotaur... An adventure for younger audiences [with] love, lust, betrayal and sibling rivalry.... a story that asks important questions" — Sheffield Star Talking with Angels An original and highly imaginative retelling of the complex story of Joan of Arc. “This fine show is suitable for anyone over the age of 7 and it works very well, especially the last powerful scene of Joan at the stake.” — The Stage About the Author Neil Duffield has written more than fifty plays and adaptations which have been staged extensively throughout Britain and abroad. In 2006, he won the Arts Council England Children's Award for Small Fry 'for work which displays excellence, inspiration and innovation in children's theatre.' Neil lives in Bolton with his wife, theatre director Eileen Murphy. Reviews of Plays for Youth Theatres and Large Casts “Neil Duffield is a highly successful writer of plays for children and young people, with over fifty productions under his belt, many of these commissioned by leading UK theatres and touring companies... Having worked closely with Neil during my career as a theatre director, I can vouch for his understanding of young audiences by the spellbound silences (and roars of laughter) that greet his productions.” — David Farmer, Drama Resource 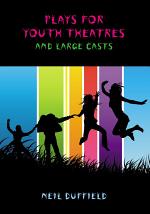 Authors: Duffield Neil
Categories: Juvenile Nonfiction
Our first ever collection of plays with multiple roles for large casts. Suitable for schools, colleges, youth theatres, amateur dramatic societies and community groups to perform. This great collection of critically acclaimed plays has been produced internationally. Includes: Twice Upon a Time Somewhere in the distant future a creature deceives 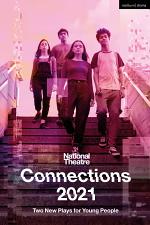 Authors: Miriam Battye, Belgrade Young Company
Categories: Drama
It is the scale and range of creative collaboration inherent in theatre that sits at the very heart of National Theatre Connections Drawing together the work of ten leading playwrights, National Theatre Connections 2021 features work by brilliant artists. These are plays for a generation of theatre-makers who want to 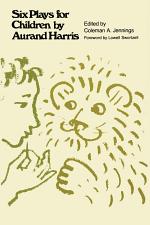 Authors: Aurand Harris
Categories: Juvenile Nonfiction
Six Plays for Children by Aurand Harris brings together a variety of dramatic forms that have enormously enriched the literature of children's theatre in this country and around the world. These works by this respected children's theatre playwright show Harris's great versatility: in the commedia dell'arte of Androcles and the 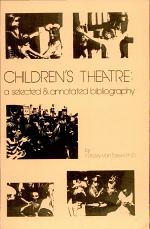 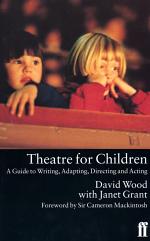 Authors: David Wood, Janet Grant
Categories: Performing Arts
Described by The Times as 'the national children's dramatist', David Wood has been writing, adapting, directing and acting in plays for children for more than twenty-five years. His best known work, from his play The Gingerbread Man to his adaptations of Roald Dahl's The BFG and The Witches have enjoyed