Do you want to learn chakra awakening and energy balancing with practical meditation exercises and breathing techniques? If yes, then keep reading... Chakra is all about energy flow through Nadis (Sanskrit word for rivers, meaning they are vessels through which the energy flows through the chakra system in our being. Our body has many chakras, but we focus on seven chakras only, which starts at the base of the spine, follows the spine's curvature and ends at the crown head. In science and specifically in Quantum Physics, "everything is energy". Many things and items around us are made up of atoms. Atoms have other subatomic particles which are three in total, the electrons, neutrons, and protons. Electrons whizz around the atom's outer side while neutrons and protons are fixed together at the atom's center. The movement of electrons is so quick that we never know their exact location at any given moment. It's human nature to think of matter as solid and space as empty. But in reality, we live in a world where there is no solid reality around us. Even though items like chairs are made up of atoms, in reality, they are not solid static items. Scientifically, we say at a subatomic level, atoms are made up of 99.99% space. Your body also consists of constantly moving and changing the mass of energy. Everything around you and in your being is a field of constantly fluctuating energy. Energetic bonds hold together all matter, which consists of atoms, the majority of which is space. Energy movement is important to life. When we breathe, function, think, and even rest, electrical energy flow via nerve pathways and neurons through our bodies. Major chakras positions correspond to the main nerve, ""bundles"" or nerve plexus. Metaphysical theories also state that every chakra controls specific organs and has their own frequency level as well. Looking at what each chakra represents will help you understand these metaphysical theories. Root Chakra controls hips, lower back, and legs, and is where the feelings of security and safety are experienced. The sacral chakra, on the other hand, presides over the kidneys and reproductive system and the feelings of sensuality, overall connection, and intimacy. Solar plexus reigns over the liver, pancreas, intestines and similar organs as well as self-esteem, temperament, and ego. Heart chakra controls the thymus region and heart region and governs our forgiveness, compassion, and love for oneself and others. Throat chakra control thyroid glands, and it's where the individual's expression and communication ability and creativity are fostered. The third eye chakra presides over facials regions and pituitary gland and a person's reasoning and intuition. The crown chakra controls the amygdala and other parts of the brain and is responsible for controlling emotions, memory, spirituality, and aggression. Many scientific studies have established that emotions and thoughts play a vital role in the physical health of a human being. Controlled and healthy breathing contributes to excellent brain function and complete health. Chakra practice also enables an individual to engage with purposeful and meaningful attributes of life. While there is no direct scientific link about how chakra helps people deal with their personal problems, the chakra practice has helped very many individuals recover from abuse, trauma, addiction, and other personality and emotional problem. Chakra helps people become healthier. This book gives a comprehensive guide on the following: Introduction to chakras? The seven-chakra system Cha

Authors: Sarah Khatri
Categories:
Do you want to learn chakra awakening and energy balancing with practical meditation exercises and breathing techniques? If yes, then keep reading... Chakra is all about energy flow through Nadis (Sanskrit word for rivers, meaning they are vessels through which the energy flows through the chakra system in our being.

Authors: Emily Pearce, Aura Pearce
Categories:
Are you trying to improve your physical and emotional wellbeing and discover something which finally works for you? Then keep reading because everything you need to know is in this three-in-one bundle series that includes the following books: 1) Chakras for Beginners; 2) Chakra Healing for Beginners; 3) Reiki Healing

Authors: Mindfulness Experience
Categories:
Do you feel overwhelmed by your thoughts or negative energies? Are you Struggling in some situations about your life? Would you like to unlock your power? Do you want to fix every possible aspect of your life? Through chakra and third eye? If yes, then keep reading... You are various 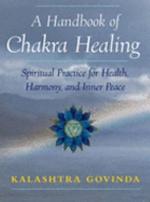 A Handbook of Chakra Healing

Authors: Kalashatra Govinda
Categories: Body, Mind & Spirit
Chakra work benefits body, mind and spirit and leads to a greater sense of harmony and inner balance. A Handbook of Chakra Healing is a practical guide that applies ancient wisdom to the problems and stresses of modern life. It tells you all you need to know about the seven

Authors: Sunny Heal
Categories: Body, Mind & Spirit
55% OFF for Bookstores only! BUY NOW at $23.95 instead of $34.95! Do you want to find a better way to deal with stress and anxiety? Have you tried meditation before and would like to bring it to the next level? Your customers won't be able to stop reading this