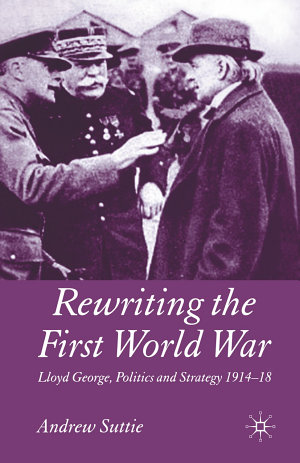 This book assesses Lloyd George's attempt to shape the history of 1914-18 through his War Memoirs. His account of the British conduct of the war focused on the generals' incompetence, their obsession with the Western Front, and their refusal to consider alternatives to the costly trench warfare in France and Belgium. Yet as War Minister and Prime Minister Lloyd George presided over the bloody offensives of 1916-17, and had earlier taken a leading role in mobilising industrial resources to provide the weapons which made them possible. Rewriting the First World War examines how Lloyd George addressed this paradox.