Romanesque and the Mediterranean 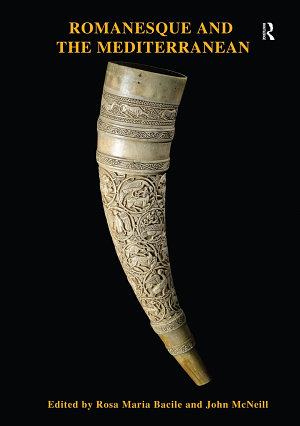 GET BOOK
Romanesque and the Mediterranean Book Description:

"The sixteen papers collected in this volume explore points of contact across the Latin, Greek and Islamic worlds between c. 1000 and c. 1250. They arise from a conference organized by the British Archaeological Association in Palermo in 2012, and reflect its interest in patterns of cultural exchange across the Mediterranean, ranging from the importation of artefacts - textiles, ceramics, ivories and metalwork for the most part - to a specific desire to recruit eastern artists or emulate eastern Mediterranean buildings. The individual essays cover a wide range of topics and media: from the ways in which the Cappella Palatina in Palermo fostered contacts between Muslim artists and Christian models, the importance of dress and textiles in the wider world of Mediterranean design, and the possible use of Muslim-trained sculptors in the emergent architectural sculpture of late-11th-century northern Spain, to the significance of western saints in the development of Bethlehem as a pilgrimage centre and of eastern painters and techniques in the proliferation of panel painting in Catalonia around 1200. There are studies of buildings and the ideological purpose behind them at Canosa (Apulia), Feldebro (Hungary) and Charroux (Aquitaine), comparative studies of the domed churches of western France, significant reappraisals of the porphyry tombs in Palermo cathedral, the pictorial programme adopted in the Baptistery at Parma, and of the chapter-house paintings at Sigena, and wide-ranging papers on the migration of images of exotic creatures across the Mediterranean and on that most elusive and apparently Mediteranean of objects - the Oliphant. The volume concludes with a study of the emergence of a supra-regional style of architectural sculpture in the western Mediterranean and evident in Barcelona, Tarragona and Provence. It is a third volume, based on the British Archaeological Association's 2014 Conference in Barcelona, will explore Romanesque Patrons and Processes." 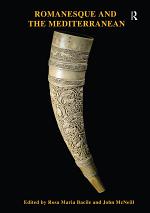 Romanesque and the Mediterranean

Authors: Rosa Bacile
Categories: Social Science
"The sixteen papers collected in this volume explore points of contact across the Latin, Greek and Islamic worlds between c. 1000 and c. 1250. They arise from a conference organized by the British Archaeological Association in Palermo in 2012, and reflect its interest in patterns of cultural exchange across the 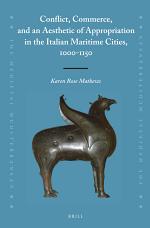 Conflict, Commerce, and an Aesthetic of Appropriation in the Italian Maritime Cities, 1000-1150

Authors: Karen Rose Mathews
Categories: History
In Conflict, Commerce, and an Aesthetic of Appropriation in the Italian Maritime Cities, 1000-1150, Karen Rose Mathews analyzes the relationship between war, trade, and the use of spolia (appropriated objects from past and foreign cultures) as architectural decoration in the public monuments of the Italian maritime republics in the eleventh 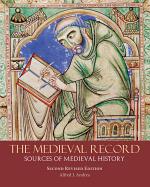 Authors: Alfred J. Andrea
Categories: History
Fully updated and revised, this edition of a classic medieval source collection features: Clear modern English translations, based on the best available critical editions, of more than 116 documentary sources—more than any other book of its kind Thirty-four artifactual sources ranging from fine art to everyday items A broad topical, 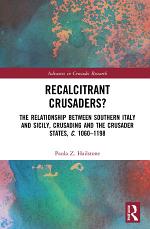 Authors: Paula Z. Hailstone
Categories: History
This book explores the contribution of southern Italy and Sicily to the crusades and crusader states. By adopting the theme of identity as a tool of analysis, it argues that a far more nuanced picture emerges about the relationship than the dismissive portrayal by William of Tyre in his Chronicon, 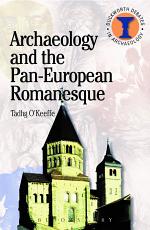 Archaeology and the Pan-European Romanesque

Authors: T. O'Keefe
Categories: Art
Romanesque is the style name given to the art and architecture of Europe in the eleventh and twelfth centuries. First used in the early nineteenth century to express the perceived indebtedness of the visual-artistic and architectural cultures of this period to their Classical antecedents, the term has survived two centuries