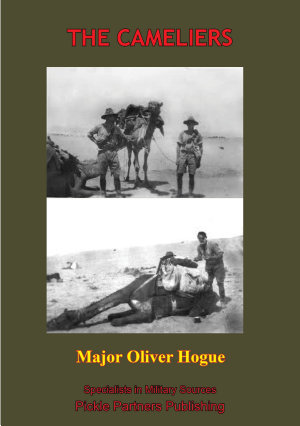 GET BOOK
The Cameliers Book Description:

“Oliver Hogue (1880-1919), journalist and soldier, was born on 29 April 1880 in Sydney ... He enlisted in the Australian Imperial Force in Sep. 1914 as a trooper with the 6th Light Horse Regiment. Commissioned second lieutenant in Nov., he sailed for Egypt with the 2nd L.H. Brigade in the Suevic in Dec.. Hogue served on Gallipoli with the Light Horse (dismounted) for five months, then was invalided to England with enteric fever. In May 1915 he was promoted lieutenant and appointed orderly officer to Colonel Ryrie, the brigade commander. As ‘Trooper Bluegum’ he wrote articles for the Herald subsequently collected in the books Love Letters of an Anzac and Trooper Bluegum at the Dardanelles. Sometimes representing war as almost a sport, he took pride in seeing ‘the way our young Australians played the game of war’. Hogue returned from hospital in England to the 6th L.H. in Sinai and fought in the decisive battle of Romani. Transferred to the Imperial Camel Corps on 1 Nov. 1916, he was promoted captain on 3 July 1917. He fought with the Camel Corps at Magdhaba, Rafa, Gaza, Tel el Khuweilfe, Musallabeh, and was with them in the first trans-Jordan raid to Amman. In 1917 Hogue led the ‘Pilgrim’s Patrol’ of fifty Cameliers and two machine-guns into the Sinai desert to Jebel Mousa, to collect Turkish rifles from the thousands of Bedouins in the desert. After the summer of 1918, spent in the Jordan Valley, camels were no longer required. The Cameliers were given horses and swords and converted into cavalry. Hogue, promoted major on 1 July 1918, was now in Brigadier General George Macarthur-Onslow’s 5th L.H. Brigade, commanding a squadron of the 14th L.H. Regiment. At the taking of Damascus by the Desert Mounted Corps in Sep. 1918, the 5th Brigade stopped the Turkish Army escaping through the Barada Gorge. As well as the articles sent to Australia, and some in English magazines, Hogue wrote a third book, The Cameliers,...”-Aust. Dict. of Nat. Bio. 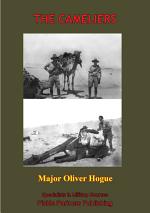 Authors: Major Oliver Hogue
Categories: History
“Oliver Hogue (1880-1919), journalist and soldier, was born on 29 April 1880 in Sydney ... He enlisted in the Australian Imperial Force in Sep. 1914 as a trooper with the 6th Light Horse Regiment. Commissioned second lieutenant in Nov., he sailed for Egypt with the 2nd L.H. Brigade in the 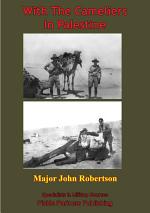 With The Cameliers In Palestine

Authors: Major James Robertson
Categories: History
“Major Robertson is doing a great service to his old comrades in publishing this History of the New Zealand Companies of the Camel Corps. In New Zealand as in Australia, it is only natural that more interest has been shown in the Western theatre of the Great War than in 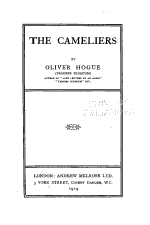 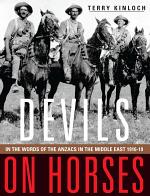 Authors: Terry Kinloch
Categories: History
First published eight years ago to enthusiastic reviews and critical acclaim, this classic celebrated readable scholarship is now available in ebook. Telling the story of the mounted riflemen in Sinai and Palestine, Devil’s on Horses uses the soldiers’ original letters and diaries to describe the crucial battles against the Ottoman 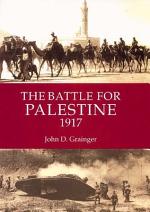 The Battle for Palestine 1917

Authors: John D. Grainger, Teacher of History John D Grainger
Categories: History
The story of Allied victory in the Holy Land, far from the carnage of the Western Front but a crucial, morale-boosting success under the aggressive and forward-thinking General Allenby.