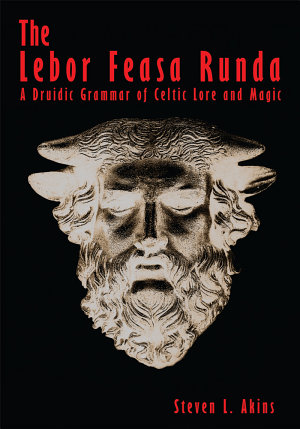 In his highly anticipated English translation of the ancient Irish text known as the Lebor Feasa Rúnda (Book of Secret Knowledge), Celtic scholar and historian, Steven L. Akins, has at last made available to readers the wealth of pre-Christian teachings espoused by the Druids in this seminal work of pagan religious literature. Basing his translation on the only extant transcription of the now lost Black Book of Loughcrew, the actual doctrines of the Celtic priesthood are finally brought to light in this timeless rendering of these sacred scriptures. Of the 180 Druidic texts mentioned in the historic Yellow Book of Lecan as being destroyed by St. Patrick in his attempt to convert the pagan inhabitants of Ireland to Christianity, the Lebor Feasa Rúnda alone survived as testimony to the spiritual beliefs and practices of the Celts in their original, uncompromised form. First transcribed by the Druid Mogh Ruith from a series of ogham staves long ago discovered in the tomb of Ollamh Fodhla, one of Ireland's greatest early kings, the Lebor Feasa Runda records the dispensation of a vast store of esoteric knowledge received by Ollamh Fodhla from a messenger of the Celtic gods known as the Tuatha Dé Danann. Perhaps the most remarkable of all ancient Celtic texts, the Lebor Feasa Rúnda contains not only an account of the earliest history of Ireland and the relationship of its inhabitants to the Celtic gods, but it also comprises a full discourse on the Druidic religion, providing a complete account of the sacred rites and ceremonies at the heart of this mysterious faith. Since it was first recorded in the Black Book of Loughcrew, the Lebor Feasa Rúnda miraculously survived for centuries, traveling across Europe and passing through the hands of numerous individuals until it was ultimately acquired by the Ahnenerbe Forschungs-und Lehrgemeinschaf, who commissioned its translation into German in the days leading up to the Second World War. The original volume was found missing on May 10, 1941, the date Rudolf Hess, made his ill-fated flight to Great Britain, lending support to allegations that Hitler's deputy Führer had taken the ancient manuscript with the intention of presenting it as a gift to the Duke of Hamilton and Brandon, who Hess planned to meet for the purpose of secretly discussing peace negotiations between Germany and Britain. In the years since its disappearance, the only known transcription of the Lebor Feasa Rúnda, the German translation prepared by Henry Thorenson for the Ahnenerbe, fell into obscurity until 2001 when it was discovered by Akins, who was granted access to Thorenson's private records, enabling him to complete and publish the first English edition of this remarkable and historic work. 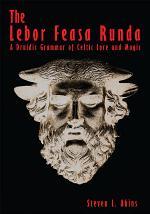 Authors: Steven L. Akins
Categories: Body, Mind & Spirit
In his highly anticipated English translation of the ancient Irish text known as the Lebor Feasa Rúnda (Book of Secret Knowledge), Celtic scholar and historian, Steven L. Akins, has at last made available to readers the wealth of pre-Christian teachings espoused by the Druids in this seminal work of pagan 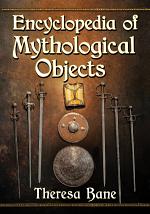 Authors: Theresa Bane
Categories: Social Science
Curious about the chains that bound Fenriswulf in Norse mythology? Or the hut of Baba Yaga, the infamous witch of Russian folklore? Containing more than one thousand detailed entries on the magical and mythical items from the different folklore, legends, and religions the world over, this encyclopedia is the first 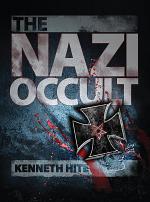 Authors: Kenneth Hite
Categories: History
In the dark dungeons beneath Nazi Germany, teams of occult experts delved into ancient and forbidden lore, searching for lost secrets of power. This book tells the complete history of the Nazi occult programs, from their quests for the Ark of the Covenant, the Spear of Destiny, and the Holy