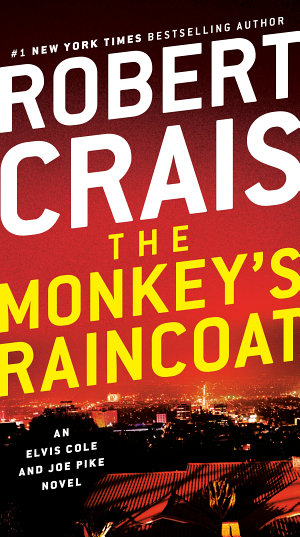 “Elvis Cole provides more fun for the reader than any L.A. private eye to come along in years.”—Joseph Wambaugh WINNER OF THE ANTHONY AND MACAVITY AWARDS FOR BEST NOVEL • NOMINATED FOR THE EDGAR AND SHAMUS AWARDS FOR BEST NOVEL Meet Elvis Cole, L.A. Private Eye. . . . He quotes Jiminy Cricket and carries a .38. He’s a literate, wisecracking Vietnam vet who is determined to never grow up. When quiet Ellen Lang enters Elvis Cole’s Disney-Deco office, she’s lost something very valuable—her husband and her young son. The case seems simple enough, but Elvis isn’t thrilled. Neither is his enigmatic partner and firepower, Joe Pike. Their search down the seamy side of Hollywood’s studio lots and sculptured lawns soon leads them deep into a nasty netherworld of drugs, sex—and murder. Now the case is getting interesting, but it’s also turned ugly. Because everybody, from cops to starlets to crooks, has declared war on Ellen and Elvis. For Ellen, it isn’t Funtown anymore. For Elvis, it’s just a living . . . He hopes. Praise for The Monkey's Raincoat “Outstanding characters, tight plot, and scintillating prose style. . . . This fast-paced story speeds Elvis Cole to a chilling, heart-stopping ending.”—Mystery Scene “Is Bob Crais good? Put it this way: if they're taking you out to put you against the firing squad wall, and you want to enjoy your last moments on earth, pass on the last cigarette and ask for an Elvis Cole novel.”—Harlan Ellison “Far and away the most satisfying private eye novel in years. Grab this one—it's a winner!”—Lawrence Block “The best private eye novel of the year . . . lots of action; bright, crisp dialogue; and sharply drawn characters.”—The Denver Post “Robert B. Parker has some competition on his hands. . . . Elvis Cole is an appealing character and Crais's style is fresh and funny.”—Sue Grafton “In Crais, a new star has appeared on the private eye scene—a dazzling first novel.”—Tony Hillerman 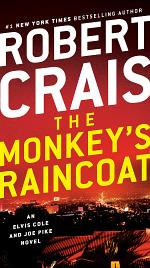 Renga from The Monkey's Raincoat