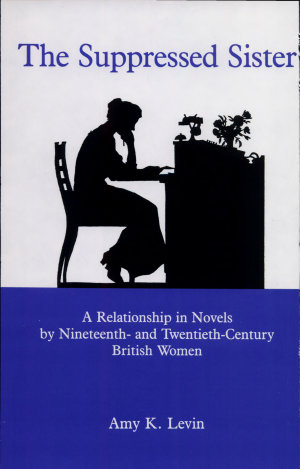 "Contentious behavior among biological sisters frequently contradicts ideals of sisterhood in novels by women. Additionally, feminist criticism, focusing on almost every imaginable relationship involving women, has all but ignored sisters. Amy K. Levin's The Suppressed Sister studies these circumstances, their causes and consequences. How and why is the sister bond suppressed in favor of sisterhood?" "Answers to this question may be found in female psychology, social expectations, and patriarchal myths and stories. The tales of Cinderella and Psyche are paradigmatic, providing models of female competition and inscribing a conclusion that replaces sisterly closeness with heterosexual romance." "Jane Austen's sister plot is based on these models. Her characters divide into pairs and adopt complementary personalities, but polarization does not erase competition; instead, marriage erects social and economic barriers which enforce role divisions." "In Wives and Daughters, Cranford, and The Life of Charlotte Bronte, Elizabeth Gaskell shows the danger of too close an attachment to the paternal home. She, too, emphasizes differences, revealing how they ultimately lead siblings to seek a sisterhood outside the family." "In Mill on the Floss, Middlemarch, and Daniel Deronda, George Eliot paints increasingly negative portraits of sisters, indicating that female siblings create differences where few or none exist. These denials of similarity heighten the heroines' isolation." "Twentieth-century novelists, including Barbara Pym, Elizabeth Jane Howard, and Margaret Drabble, revise their predecessors' texts, drafting a plot "after" the father's. They reject rules governing female behavior and question the expectation that women must get along with one another." "Finally, Emma Tennant's Bad Sister, together with several recent American novels, abandons the conventions of the realistic novel, challenging the very concept of character. Tennant undermines all distinctions, including those that treat sisters as separate individuals and those that classify certain behaviors as "good" or "bad."" "These novels show a progression that has been ignored or suppressed by feminist critics, many of whom long for an idyll of sisterhood inherited from nineteenth-century portraits of the "angel in the house." In denying anger or antagonism, women cut off a part of themselves, just as Cinderella's stepsisters amputate their toes to fit in her brittle glass slipper. Levin's book questions the rationale behind such self-destruction."--BOOK JACKET.Title Summary field provided by Blackwell North America, Inc. All Rights Reserved 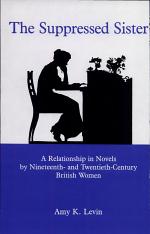 Authors: Amy K. Levin
Categories: Social Science
"Contentious behavior among biological sisters frequently contradicts ideals of sisterhood in novels by women. Additionally, feminist criticism, focusing on almost every imaginable relationship involving women, has all but ignored sisters. Amy K. Levin's The Suppressed Sister studies these circumstances, their causes and consequences. How and why is the sister bond
Language: en
Pages: 432 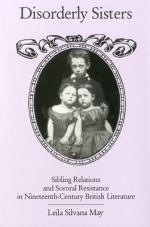 Authors: Leila Silvana May
Categories: Family & Relationships
Historians and literary critics have long understood the crucial significance of the family to the nineteenth-century middle-class sensibility, but almost all critical analyses to date have concentrated on the "vertical" pole of the familial axis - the parent-child relationship - and very little on the "horizontal" pole - the sibling 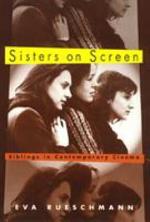 Authors: Eva Rueschmann
Categories: Family & Relationships
Perhaps the most vital, emotionally complex, and lasting attachments between women occur between sisters. Whether as best friends or antagonists, "sisters remain entangled in a common tapestry of mutual experience and remembrance, family and history," according to author Eva Rueschmann. Although many of the women-centered films in the last three 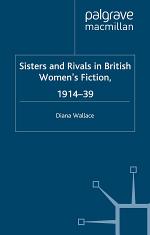