Use What You Have Resolving the HIV AIDS Pandemic 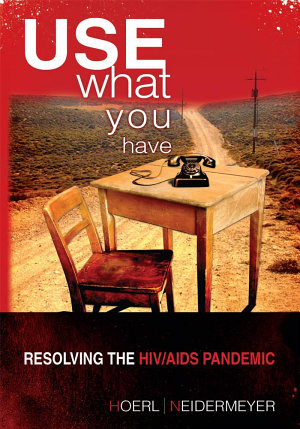 GET BOOK
Use What You Have Resolving the HIV AIDS Pandemic Book Description:

With over 25 million dead, AIDS has pounced on the world like a medieval plague, ranking among the greatest killers in history. Despite billions of international aid dollars, the development of effective medical treatments for HIV (the virus that causes AIDS), and the efficacy of condoms in preventing the spread of HIV during sex, 6,000 people are dying daily, and over 15 million orphans have been left behind. Perhaps most surprisingly, many educated westerners are only vaguely aware of AIDS as a disease threatening gays or Africans, and do not believe it has any relevance for them. Few have noticed the “feminization” of AIDS, taking AIDS from a disease primarily infecting gay men to one infecting more women than men. Women are at the forefront of the fight against AIDS in many parts of the world, nowhere more so than in Sub-Saharan Africa. The authors of this book make a clear case that HIV and AIDS form the most critical crisis facing the human race in this century by providing the reader a deeper understanding of the root causes of, and plausible solutions for, the AIDS pandemic. They include several engaging human-interest stories of real people impacted by AIDS. Table Of Contents Part I: What Is AIDS and Why Should I Care? Chapter 1: Nikiwe’s Story: Why AIDS Is the Global Challenge of the 21st Century Chapter 2: Sinikithemba: What Exactly Are HIV and AIDS? Chapter 3: Say No to Sugar Daddies: From Rare Infections to Global Pandemic Part II: AIDS Trumps Foreign Aid Chapter 4: Life and Death in Zimbabwe: Why AIDS Is Easy to Solve—On Paper Chapter 5: But for the Grace of PEPFAR: The World Heard and Responded Chapter 6: Mama Africa’s Burden: The Limitations of Money Part III: How AIDS Can Be Defeated With Your Help Chapter 7: Bophelong Hospice: Some Things That Actually Work Chapter 8: The Softer Side of Capitalism: A Suggested Path Forward Chapter 9: Use What You Have: How You Can Play a Part in Defeating AIDS Excerpts from the foreword to the book, written by Dr. Helga Holst, CEO of McCord Hospital in Durban, South Africa, are given below: It was in Boston, on February 10, 2003, that the Sinikithemba Choir from Durban, South Africa, performed at the opening of the Tenth Conference on Retroviruses and Opportunistic Infections (CROI), and shared the stage with the keynote speaker, President Bill Clinton. This Zulu choir of HIV positive men and women were part of a much larger group of mostly infected women, who worked together at McCord Hospital on beadwork projects to support their medical care, and who sang as they worked. They used what they had, their powerful and beautiful voices, to bring hope, unity and resources to their communities. One of the choir members, a beautiful and eloquent young woman, shared the poignant story of her own journey with AIDS, and brought tears to the eyes of many of the world’s top scientists, researchers and clinicians as they were reminded of why they had committed their lives to finding the answers to this devastating disease. She shared what she had, her own story, and it impacted the hearts of thousands! By the time I took up the position of Medical Superintendent at McCord Hospital in Durban, in 1993, AIDS was more common, but there was still no affordable treatment available. In the mid 1990’s we started several social support programs, of which the income generating beadwork projects were one. Social clubs, consisting mostly of women, were formed. They supported each other through times of hardship, illness and death, and cared for the children. The Zulu people, amongst whom we work, have been gifted by the most beautiful voices. The women would often sit in the parking areas at the hospital between the cars with their hands speedily busy on beadwork orders, chatting and laughing, while keeping a 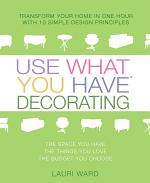 Use What You Have Decorating

Authors: Lauri Ward
Categories: House & Home
Lauri Ward created a revolution in interior design-the most accessible and affordable approach to decorating ever. In Use What You Have(r) Decorating she shows readers how to do it themselves-quickly identifying the ten most common decorating mistakes, offering simple principles to correct them, and giving DIYers a proven system for 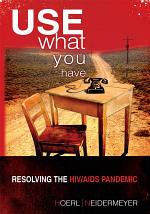 Use What You Have: Resolving the HIV/AIDS Pandemic

Authors: Roger W. Hoerl and Presha E. Neidermey
Categories: Health & Fitness
With over 25 million dead, AIDS has pounced on the world like a medieval plague, ranking among the greatest killers in history. Despite billions of international aid dollars, the development of effective medical treatments for HIV (the virus that causes AIDS), and the efficacy of condoms in preventing the spread 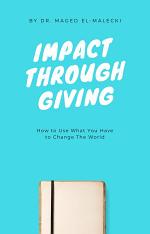 Impact Through Giving: How to Use What You Have to Change The World

Authors: Dr. Maged El-Malecki
Categories: Philosophy
We often think it takes a lot to make an impact on people’s lives, but it doesn’t. Most of us have grown up believing that you must be rich, influential, and powerful before you can be able to get the respect and the wherewithal to make lasting changes in your 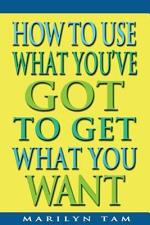 How to Use What You've Got to Get What You Want

Authors: Marilyn Tam
Categories: Business & Economics
Before you can use what you've got to get what you want, you have to know what you've got! The business world is full of people who are searching for something--the next great idea, the sure-fire marketing plan, the toy every kid has to have, the gadget without which no 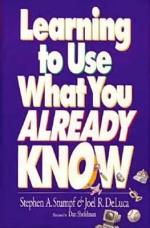 Learning to Use what You Already Know

Authors: Stephen A. Stumpf, Joel R. DeLuca
Categories: Psychology
Shows how to find greater job satisfaction and foster personal growth by following the process of identifying an insight, describing it, finding supporting examples, and summarizing what was learned