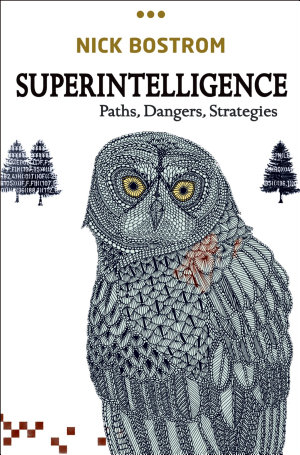 The human brain has some capabilities that the brains of other animals lack. It is to these distinctive capabilities that our species owes its dominant position. Other animals have stronger muscles or sharper claws, but we have cleverer brains. If machine brains one day come to surpass human brains in general intelligence, then this new superintelligence could become very powerful. As the fate of the gorillas now depends more on us humans than on the gorillas themselves, so the fate of our species then would come to depend on the actions of the machine superintelligence. But we have one advantage: we get to make the first move. Will it be possible to construct a seed AI or otherwise to engineer initial conditions so as to make an intelligence explosion survivable? How could one achieve a controlled detonation? To get closer to an answer to this question, we must make our way through a fascinating landscape of topics and considerations. Read the book and learn about oracles, genies, singletons; about boxing methods, tripwires, and mind crime; about humanity's cosmic endowment and differential technological development; indirect normativity, instrumental convergence, whole brain emulation and technology couplings; Malthusian economics and dystopian evolution; artificial intelligence, and biological cognitive enhancement, and collective intelligence. 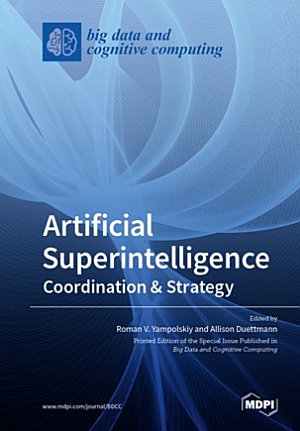 Attention in the AI safety community has increasingly started to include strategic considerations of coordination between relevant actors in the field of AI and AI safety, in addition to the steadily growing work on the technical considerations of building safe AI systems. This shift has several reasons: Multiplier effects, pragmatism, and urgency. Given the benefits of coordination between those working towards safe superintelligence, this book surveys promising research in this emerging field regarding AI safety. On a meta-level, the hope is that this book can serve as a map to inform those working in the field of AI coordination about other promising efforts. While this book focuses on AI safety coordination, coordination is important to most other known existential risks (e.g., biotechnology risks), and future, human-made existential risks. Thus, while most coordination strategies in this book are specific to superintelligence, we hope that some insights yield “collateral benefits” for the reduction of other existential risks, by creating an overall civilizational framework that increases robustness, resiliency, and antifragility.

"In the mid 1950s, Alan Turing, a pioneer in the computer and mathematics fields, skillfully wrote one of the first credited works on artificial intelligence. Prior to his paper attempting to explain artificial intelligence, Turing created one of the first computers. The Turing Machine is still used by computer science students today to illustrate the fundamental of computers. An input, a computer that performs functions, an output. In his audacious work 'Computing Machinery and Intelligence,' Turing hypothesized that someday the question of 'Can machines think?' would be a question 'too meaningless to deserve discussion.' Yet today, scientists and futurists heatedly debate the inception, the future, and even the nature of artificial intelligence. Intelligent machines interact with humanity in almost every facet of daily life. Automatic cameras play Johnny Law, cars park themselves, and smart phones enhance the productivity of nearly every human on Earth. And yet artificial intelligence is in its mere infancy. When artificial intelligence becomes sentient and grows smarter than human intelligence, how will it influence human nature and war? Superintelligence will most certainly change the way militaries conduct warfare."--Abstract

Artificial Superintelligence Concerns those who believe in a fundamental (causal) theory of everything. Combining the top most categories of reality, the idea of pure intelligence, the major constructs and facts of science and mathematics, the author proposes a theory of powerfully intelligent machines superior to human minds. 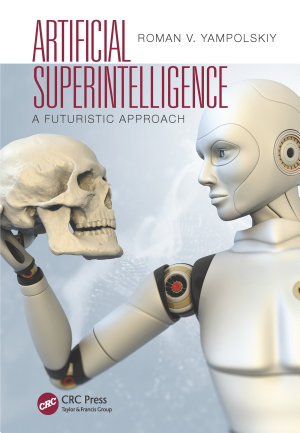 A day does not go by without a news article reporting some amazing breakthrough in artificial intelligence (AI). Many philosophers, futurists, and AI researchers have conjectured that human-level AI will be developed in the next 20 to 200 years. If these predictions are correct, it raises new and sinister issues related to our future in the age of intelligent machines. Artificial Superintelligence: A Futuristic Approach directly addresses these issues and consolidates research aimed at making sure that emerging superintelligence is beneficial to humanity. While specific predictions regarding the consequences of superintelligent AI vary from potential economic hardship to the complete extinction of humankind, many researchers agree that the issue is of utmost importance and needs to be seriously addressed. Artificial Superintelligence: A Futuristic Approach discusses key topics such as: AI-Completeness theory and how it can be used to see if an artificial intelligent agent has attained human level intelligence Methods for safeguarding the invention of a superintelligent system that could theoretically be worth trillions of dollars Self-improving AI systems: definition, types, and limits The science of AI safety engineering, including machine ethics and robot rights Solutions for ensuring safe and secure confinement of superintelligent systems The future of superintelligence and why long-term prospects for humanity to remain as the dominant species on Earth are not great Artificial Superintelligence: A Futuristic Approach is designed to become a foundational text for the new science of AI safety engineering. AI researchers and students, computer security researchers, futurists, and philosophers should find this an invaluable resource.

The AI Does Not Hate You

GET BOOK
The AI Does Not Hate You Book Description:

'Beautifully written, and with wonderful humour, this is a thrilling adventure story of our own future' Lewis Dartnell, author of The Knowledge and Origins 'The AI does not hate you, nor does it love you, but you are made of atoms which it can use for something else' This is a book about AI and AI risk. But it's also more importantly about a community of people who are trying to think rationally about intelligence, and the places that these thoughts are taking them, and what insight they can and can't give us about the future of the human race over the next few years. It explains why these people are worried, why they might be right, and why they might be wrong. It is a book about the cutting edge of our thinking on intelligence and rationality right now by the people who stay up all night worrying about it. Along the way, we discover why we probably don't need to worry about a future AI resurrecting a perfect copy of our minds and torturing us for not inventing it sooner, but we perhaps should be concerned about paperclips destroying life as we know it; how Mickey Mouse can teach us an important lesson about how to program AI; and how a more rational approach to life could be what saves us all.

Who Could Save Humanity from Superintelligence

GET BOOK
Who Could Save Humanity from Superintelligence Book Description:

It is hard to absorb this statistics: 99.5% of species that have ever lived are now extinct. There were humanoid species, such a Neanderthal, which became extinct just 40,000 years ago. What should we do to become an evolutionary exception and survive the most dangerous period in human history? How will our lives change with the arrival of Superintelligence? Will it become our best friend helping us fight other existential risks or a dangerous foe? Taming an almost omnipresent Superintelligence (Artificial General Intelligence) will be very difficult. It may gradually infiltrate every fibre of our lives for good or for bad and may ultimately take control over our various freedoms, hopefully for our own good. In this sense, we have opened a Pandora's Box and we will have to live with the consequences of that decision for ever. Today, we are still in charge and one generation away from the point when we may lose control over Superintelligence.But Superintelligence is only one of top 10 existential risks covered by this book, which may wipe out Humanity, such as global nuclear war, synthetic biology, nanotechnology or Global Disorder. To mitigate those risks, we need to introduce some fundamental reforms in democracy, capitalism and wealth distribution. The key problem is that we cannot put faith in the United Nations. Neither do we have time to build such an organisation from scratch, effectively the World Government. Therefore, we need to select an existing organisation that seems to be the best suited for introducing such reforms. This book proposes the European Union, with an entirely new, shallow level of federalization to take up such a role, and suggest concrete, sometimes difficult decisions that need to be taken, including setting new Universal Values of Humanity to reduce the overall level of existential risks.

What are the Technical and mental prerequisites for contact with Alien Super-intelligence?Are we technologically advanced enough to have the First Contact with aliens? Are we mentally advanced enough to have the First Contact with aliens? About 12 technological inventions and concepts needed to come into existence before Alien Super-intelligence was ready to approach us.Today's Science keeps building bigger telescopes and searching in the galactic haystack, just like Edison did two centuries ago. Besides building bigger radio telescopes, today's science has plans for the colonization of Mars and hopes to find a planet similar to ours. They want the warm planet with an ocean!!! That won't happen!There won't be a "meet and greet" with aliens. Intelligence in the universe is not revolving around human intelligence, or around humans or biological aliens similar to us."Until human kind reject their egocentric interpretations of the extraterrestrial intelligence in cosmos, they will not be viewed as 'intelligent life' by any possible extraterrestrials". Would you bother with a moron who thinks that he is the center of the universe and searches for the similar (moron)?"When railroading time comes you can railroad-but not before." - Robert A. Heinlein"In other words, inventions are made in the context of scientific and engineering understanding. Individuals move things forward - some faster than others - but in the end, the most intelligent person in the world can't invent the light bulb if the foundation for it isn't there.". Until all the prerequisites were in place, the soft first contact with Alien Super-intelligence was not possible.

The Psychology of Artificial Superintelligence

GET BOOK
The Psychology of Artificial Superintelligence Book Description:

This book explores the psychological impact of advanced forms of artificial intelligence. How will it be to live with a superior intelligence? How will the exposure to highly developed artificial intelligence (AI) systems change human well-being? With a review of recent advancements in brain–computer interfaces, military AI, Explainable AI (XAI) and digital clones as a foundation, the experience of living with a hyperintelligence is discussed from the viewpoint of a clinical psychologist. The theory of universal solicitation is introduced, i.e. the demand character of a technology that wants to be used in all aspects of life. With a focus on human experience, and to a lesser extent on technology, the book is written for a general readership with an interest in psychology, technology and the future of our human condition. With its unique focus on psychological topics, the book offers contributions to a discussion on the future of human life beyond purely technological considerations. 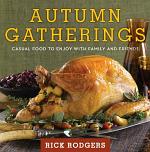