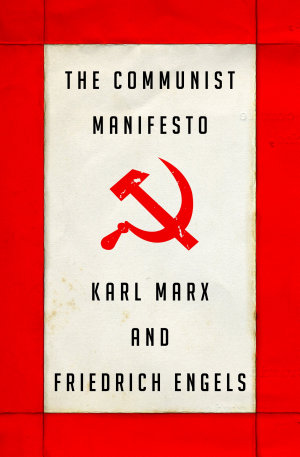 A specter is haunting Europe: The book about wealth, work, and society that revolutionized economic and political thought. In 1848, as revolutionary uprisings were spreading across Europe, a document was drawn up that viewed history in a new way—through the lens of class struggle. Arguing that power and wealth had always been concentrated in the hands of the few, who exploited the labor of the many, The Communist Manifesto examined the relationships between owners and workers, the proletariat and the bourgeoisie, and argued that capitalism contained the seeds of its own eventual destruction. The manifesto would go on to become one of the most influential works in modern history—its core ideas still discussed and debated today as governments rise and fall, and individuals and organizations continue to strive for solutions to the problem of the haves versus the have-nots.

Simultaneously extolled in its day as truth incarnate and the inspiration for a life-and-death struggle for humankind's liberation and condemned as the vilest of propaganda on behalf of despotism, the Communist Manifesto continues to be the most potent literary symbol of the struggle over the form and content of freedom. This revised Norton Critical Edition provides students with the best documentation and scholarship with which to appreciate the Communist Manifesto's complexities, context, and legacy of controversy. The Second Edition interprets the Manifesto in relation to the dominance of globalized financial capital, socialist feminist critique, postmodernism, and the fragmentation/transformation of the global working class in the twenty-first century. The volume includes a carefully annotated text of the Communist Manifesto, the editor's historical and philosophical introduction, and a chronology of historical events surrounding publication of the Manifesto. Fifteen seminal interpretations—eight of them new to the Second Edition—have been collected. New contributions include Lucien Laurat on the Manifesto's sociological standpoint as adapted to the modernization of the mid-twentieth century; Wendy Lynne Lee's assessment of the Manifesto's key concepts, metaphors, and arguments from a radical-feminist perspective; the article that served as the basis for Empire, Michael Hardt and Antonio Negri's important postmodernist adaptation of the Manifesto for twenty-first century conditions; and noteworthy responses to Hardt and Negri's arguments by Slavoj Zizek and by Taki Fotopoulos and Alexandros Gezerlis. A Selected Bibliography and Index are also included.

Manifesto of the Communist Party 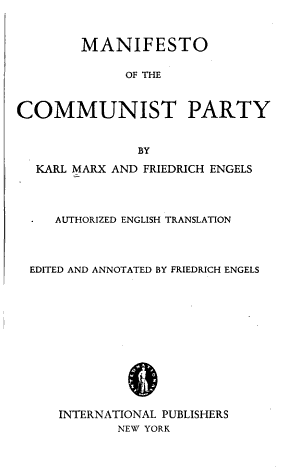 GET BOOK
Manifesto of the Communist Party Book Description:

The political tract in which Marx presented the core of his philosophy and revolutionary program. 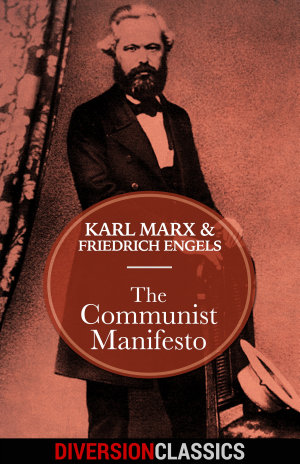 Featuring an appendix of discussion questions, the Diversion Classics edition is ideal for use in book groups and classrooms. Originally titled Manifesto of the Communist Party, this 1848 publication was commissioned by the Communist League to outline their purposes. Penned by political theorists and social scientists Karl Marx and Friedrich Engels, it is considered one of the most influential political texts in existence. Addressing issues of class struggle, it centers on the suffering of the working class at the hands of the bourgeoisie and calls for an end to inheritance, as well as all private property. This revolutionary short work has since provided the basis for the political systems of many different countries, with concepts like a progressive income tax and free education for citizens, and still remains a landmark text that provokes debate on class systems around the world. For more classic titles like this, visit www.diversionbooks.com/ebooks/diversion-classics

The Communist Manifesto and Its Relevance for Today 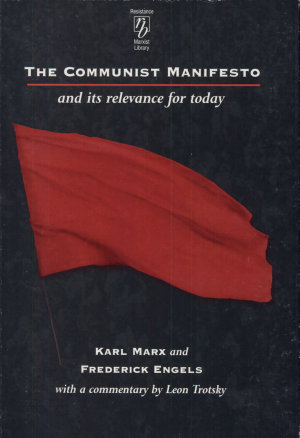 GET BOOK
The Communist Manifesto and Its Relevance for Today Book Description:

Marx and Engel's landmark treatise - in a graphic deluxe edition One of the most important and influential political theories ever formulated, "The Communist Manifesto" is a revolutionary summons to the working class-an incisive account of a new theory of communism that would be brought about by a proletarian revolution. Arguing that increasing exploitation of industrial workers will eventually lead to a rebellion in which capitalism will be overthrown, Marx and Engels propose a vision of a society without classes, private property, or a state. The theoretical basis of political systems in Russia, China, Cuba, and Eastern Europe, " The Communist Manifesto "continues to influence and provoke debate on capitalism and class. For more than seventy years, Penguin has been the leading publisher of classic literature in the English-speaking world. With more than 1,700 titles, Penguin Classics represents a global bookshelf of the best works throughout history and across genres and disciplines. Readers trust the series to provide authoritative texts enhanced by introductions and notes by distinguished scholars and contemporary authors, as well as up-to-date translations by award-winning translators. 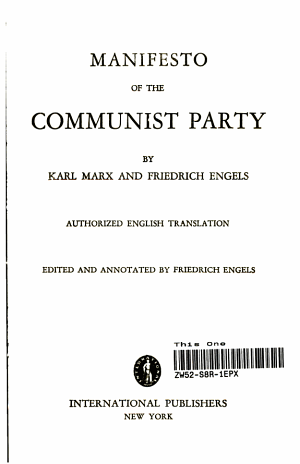 The Communist Manifesto in Plain and Simple English 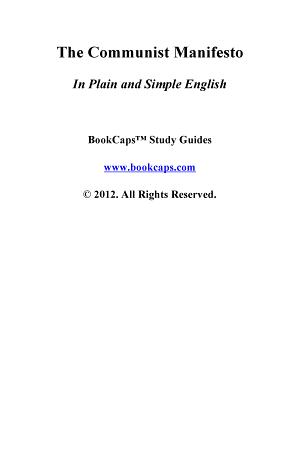 GET BOOK
The Communist Manifesto in Plain and Simple English Book Description:

Communism is evil, right? Not exactly. The ideas behind communism were revolutionary and ahead of it's time--but reading old and tired translations of the manifesto make it hard to shed light on its ideas. Let BookCaps help with this fresh and modern translation of one of the most banned documents ever written! The original text is also presented in the book, along with a comparable version of both text. We all need refreshers every now and then. Whether you are a student trying to cram for that big final, or someone just trying to understand a book more, BookCaps can help. We are a small, but gr

The Communist Manifesto and Das Kapital

GET BOOK
The Communist Manifesto and Das Kapital Book Description:

In The Communist Manifesto and Das Kapital, now available together in this highly designed jacketed hardcover, Karl Marx and Friedrich Engels discuss class struggles and the problems of a capitalist society.

The Communist Manifesto was published in 1848 and is written by Karl Marx and Friedrich Engels. It is without doubt one of the world's most influential political manuscripts. The text was commissioned by the Communist League to explain the League's aims and ideals. It analyses the problems of capitalism and the class system throughout history. It is a philosophical text, explaining the authors' theories about the nature of society and politics. However, there are also some predictions about how capitalism would morph into socialism and then Communism.