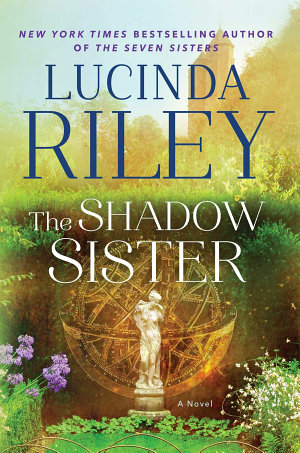 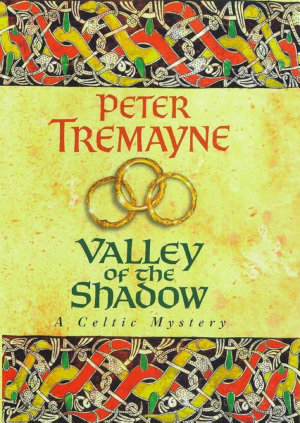 Super-sleuth Sister Fidelma faces personal danger as proceeds through the valley of the shadow in the stunning sixth historical mystery by Peter Tremayne. PRAISE FOR VALLEY OF THE SHADOW: 'Tremayne's discriminating sense of history distinguishing ever-finer conflicts... creates an equally complex mystery for history-mad readers with eyes as sharp as Fidelma's' Kirkus Review Sister Fidelma has been sent by her brother, king of Cashel, to Laisre, chieftain of Gleann Geis - the 'forbidden valley' - to negotiate permission to build a Christian church and school in his territory, replacing the pagan Druidic sanctuaries. Laisre is known to be hostile to the new religion, and Fidelma knows her mission will be no easy task. Entering Gleann Geis with the Saxon Brother Eadulf, she comes across the naked, slain bodies of thirty-three young men, positioned in a sunwise circle. Each body bears the marks of stabbing and garrotting; every skull has been smashed. Who is reponsible for such evil, if not the heathen Laisre? What readers are saying about VALLEY OF THE SHADOW: 'A brilliantly twisting tale of human failings and their defeat by the truth' 'An excellent story, full of atmosphere' 'A tale with many twists and turns that captivated me from the first page. I could not put it down' 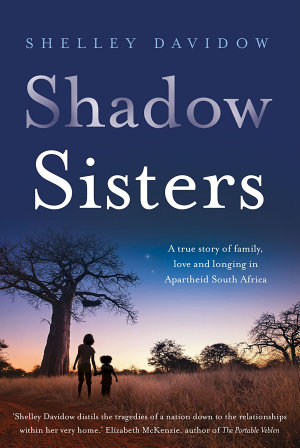 A brave, heartrending memoir of family, love and longing in the turbulent era of Apartheid in South Africa. During the terrifying years of Apartheid in South Africa, Shelley Davidow’s family was a crime. At a time when it was illegal for black and white people to live together, Shelley’s social activist parents took in Rosie, an abandoned black three-year-old. Rosie grew up as a beloved daughter and sister in a white household. Against the backdrop of racist laws and ever-present threats of violence, Shelley’s parents did all they could to provide a safe, happy home for their five children. But when Rosie was sixteen, devastating truths came to light, shattering the family’s understanding of the past. In this haunting memoir, Shelley Davidow sifts through the memories of her early life, searching for hope and reconciliation. Shadow Sisters leaves us with a deeper understanding of family love and of how, sometimes, that love is not enough.

A Cultural History of Sound Memory and the Senses 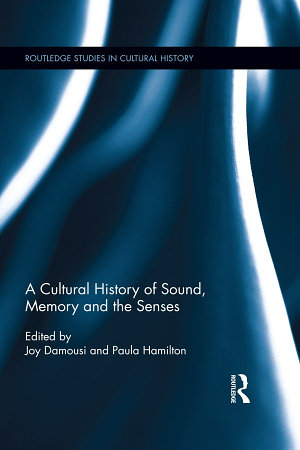 GET BOOK
A Cultural History of Sound Memory and the Senses Book Description:

The past 20 years have witnessed a turn towards the sensuous, particularly the aural, as a viable space for critical exploration in History and other Humanities disciplines. This has been informed by a heightened awareness of the role that the senses play in shaping modern identity and understanding of place; and increasingly, how the senses are central to the memory of past experiences and their representation. The result has been a broadening of our historical imagination, which has previously taken the visual for granted and ignored the other senses. Considering how crucial the auditory aspect of life has been, a shift from seeing to hearing past societies offers a further perspective for examining the complexity of historical events and experiences. Historians in many fields have begun to listen to the past, developing new arguments about the history and the memory of sensory experience. This volume builds on scholarship produced over the last twenty years and explores these dimensions by coupling the history of sound and the senses in distinctive ways: through a study of the sound of violence; the sound of voice mediated by technologies and the expression of memory through the senses. Though sound is the most developed field in the study of the sensorium, many argue that each of the senses should not be studied in isolation from each other, and for this reason, the final section incorporates material which emphasizes the sense as relational. 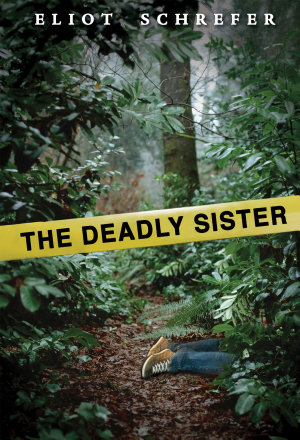 From the author of School for Dangerous Girls, another suspenseful stunner about a girl who helps her sister escape from a murder charge - and then falls for the murder victim's brother. Abby Goodwin is sure her sister Maya isn't a murderer. But her parents don't agree. Her friends don't agree. And the cops definitely don't agree. Maya is a drop-out, a stoner, a girl who's obsessed with her tutor, Jefferson Andrews...until he ends up dead. Maya runs away, and leaves Abby following the trail of clues. Each piece of evidence points to Maya, but it also appears that Jefferson had secrets of his own. And enemies. Like his brother, who Abby becomes involved with...until he falls under suspicion. Is Abby getting closer to finding the true murderer? Or is someone leading her down a twisted false path? 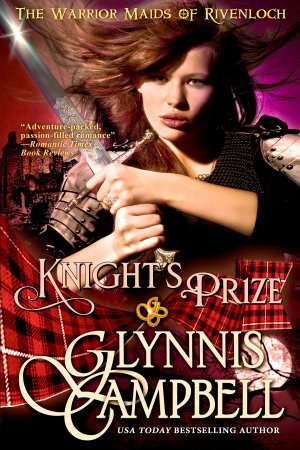 Miriel of Rivenloch may not have the killer instincts of her older sisters, but she’s keeping a dangerous secret. She knows more than she’s letting on about the mysterious Shadow, the forest outlaw who robs from the rich and gives to the poor. And when devil-may-care mercenary Sir Rand la Nuit, hot on the trail of The Shadow, claims to be in love with Miriel, she knows he’s hiding something, too. It’s a battle of wits as they race to uncover each other’s secrets before their make-believe romance takes on a life of its own.

Lords with Swords and Maids with Blades 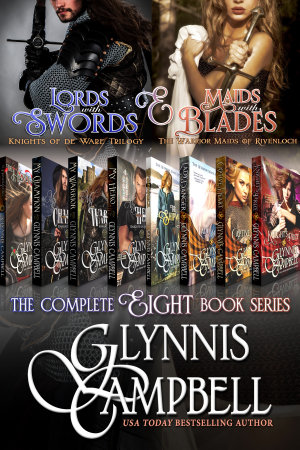 GET BOOK
Lords with Swords and Maids with Blades Book Description:

THE WARRIOR MAIDS OF RIVENLOCH Damsels in shining armor...riding to the rescue! Deirdre, Helena, and Miriel, three kick-arse Scots wenches known as The Warrior Maids of Rivenloch, aren’t about to become any man’s chattel, until they meet heroes who are strong enough to tame their wild ways and worthy enough to win their wayward hearts. The Shipwreck (novella) A Norse marauder ends up shipwrecked and at the mercy of a Pictish warrior maid with a grudge against Vikings and a little girl in need of a father. Lady Danger A beautiful female warrior has never had trouble turning away men, but when she marries a powerful lord to save her sister, she soon finds herself losing the battle over her heart. Captive Heart A fierce warrior maid tries to save her sister from marriage by abducting the groom's right-hand man, a plan that goes awry when her hostage is all-too-willing to succumb to her demands. Knight's Prize A lovely lady with a secret proves a welcome but dangerous distraction for a mercenary bent on hunting down the mysterious outlaw known as the Shadow. THE KNIGHTS DE WARE From a long line of legendary warriors come three brothers to carry on the rich and powerful de Ware legacy: Duncan the Champion...Holden the Warrior...Garth the Hero... The Handfasting (novella) A French knight betrothed to a Highland heiress falls in love with his spirited bride, then realizes he's been tricked into wedding the wrong sister. My Champion A spirited young merchant is certain she doesn't need a hero—until she's kidnapped by an infamous pirate and must trust a stranger in disguise with her life and her heart. My Warrior A bold English knight sent to secure a Scots castle discovers the warrior defending it is a beautiful lass, and her weapon is a double-edged sword aimed at his heart. My Hero A damaged knight seeks refuge as a man of the church, but a beautiful healer from his past challenges his vow of silence and reawakens his passions. More Historical Romances by Glynnis Campbell The Warrior Maids of Rivenloch THE SHIPWRECK (a novella) A YULETIDE KISS (a short story) LADY DANGER CAPTIVE HEART KNIGHT'S PRIZE The Knights of de Ware THE HANDFASTING (a novella) MY CHAMPION MY WARRIOR MY HERO Medieval Outlaws THE REIVER (a novella) DANGER'S KISS PASSION'S EXILE DESIRE'S RANSOM Scottish Lasses THE OUTCAST (a novella) MacFARLAND'S LASS MacADAM'S LASS MacKENZIE'S LASS California Legends NATIVE GOLD NATIVE WOLF NATIVE HAWK 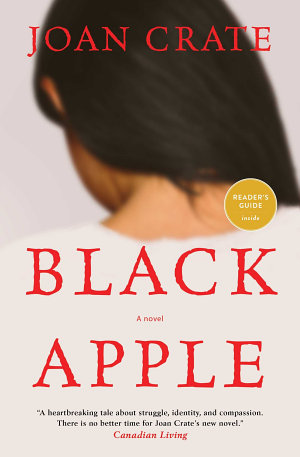 A dramatic and lyrical coming-of-age novel about a young Blackfoot girl who grows up in the residential school system on the Canadian prairies. Torn from her home and delivered to St. Mark’s Residential School for Girls by government decree, young Rose Marie finds herself in an alien universe where nothing of her previous life is tolerated, not even her Blackfoot name. For she has entered into the world of the Sisters of Brotherly Love, an order of nuns dedicated to saving the Indigenous children from damnation. Life under the sharp eye of Mother Grace, the Mother General, becomes an endless series of torments, from daily recitations and obligations to chronic sickness and inedible food. And then there are the beatings. All the feisty Rose Marie wants to do is escape from St. Mark’s. How her imagination soars as she dreams about her lost family on the Reserve, finding in her visions a healing spirit that touches her heart. But all too soon she starts to see other shapes in her dreams as well, shapes that warn her of unspoken dangers and mysteries that threaten to engulf her. And she has seen the rows of plain wooden crosses behind the school, reminding her that many students have never left here alive. Set during the Second World War and the 1950s, Black Apple is an unforgettable, vividly rendered novel about two very different women whose worlds collide: an irrepressible young Blackfoot girl whose spirit cannot be destroyed, and an aging yet powerful nun who increasingly doubts the value of her life. It captures brilliantly the strange mix of cruelty and compassion in the residential schools, where young children are forbidden to speak their own languages and given Christian names. As Rose Marie matures, she finds increasingly that she knows only the life of the nuns, with its piety, hard work and self-denial. Why is it, then, that she is haunted by secret visions—of past crimes in the school that terrify her, of her dead mother, of the Indigenous life on the plains that has long vanished? Even the kind-hearted Sister Cilla is unable to calm her fears. And then, there is a miracle, or so Mother Grace says. Now Rose is thrust back into the outside world with only her wits to save her. With a poet’s eye, Joan Crate creates brilliantly the many shadings of this heartbreaking novel, rendering perfectly the inner voices of Rose Marie and Mother Grace, and exploring the larger themes of belief and belonging, of faith and forgiveness.

Ballad of the Red Paladin 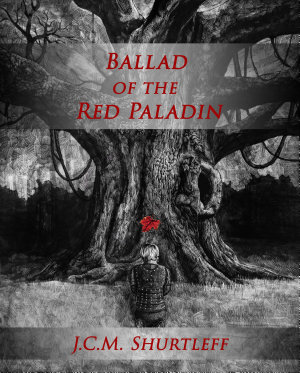 GET BOOK
Ballad of the Red Paladin Book Description:

Jack, a thrice Blessed man, is condemned to die by his fellow Paladins. A Princess seeks answers on the borders of her Kingdom, while an ancient enemy is once again on the march. A tale of war and forgiveness, of new beginnings and endings, told among the green fields of Ispe.